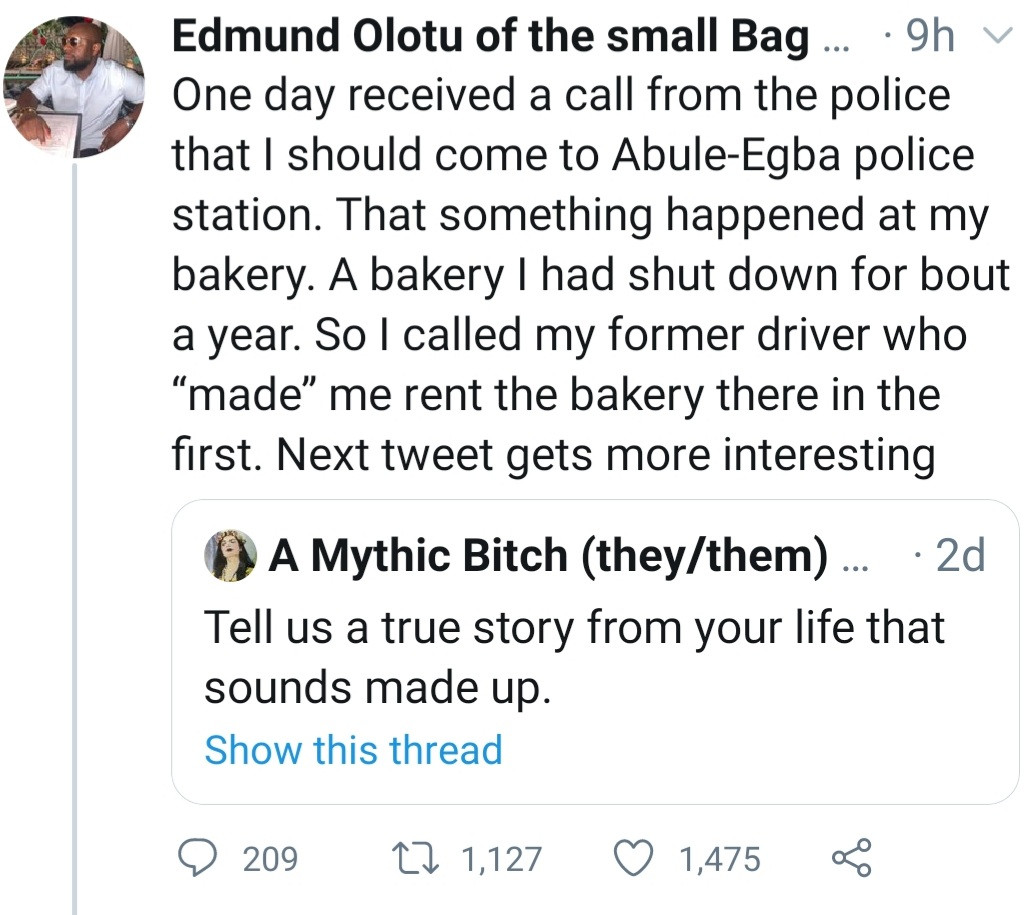 A businessman has narrated how renting a bakery in Abule-Egba for business ended with a call from police after three people died in the facility.

He shared his story after a Twitter user asked people to share stories about themselves that sounds made up.

He narrated how he rented the bakery at Abule-Egba at his driver’s suggestion, and evicted the people baking there.

One of the evicted bakers, a one-eyed man threatened to make him regret it and after he renovated and began running the bakery, he found fetish objects at the bakery but was not deterred.

A year later, he received a call from police after the people in the area reported that 3 people had died in the facility.

Those who reported to the police wanted the businessman to answer a summon from a native doctor regarding the deaths in his abandoned facility.

Going by his tweets, it doesn’t look like the businessman has plans to meet the native doctor.

All you need to know about Shatu Garko, hijab model who emerged Miss Nigeria 2021