A lady who appears to have quite a hot temper was captured on camera angrily smashing her birthday cake during what is believed to be her birthday party. 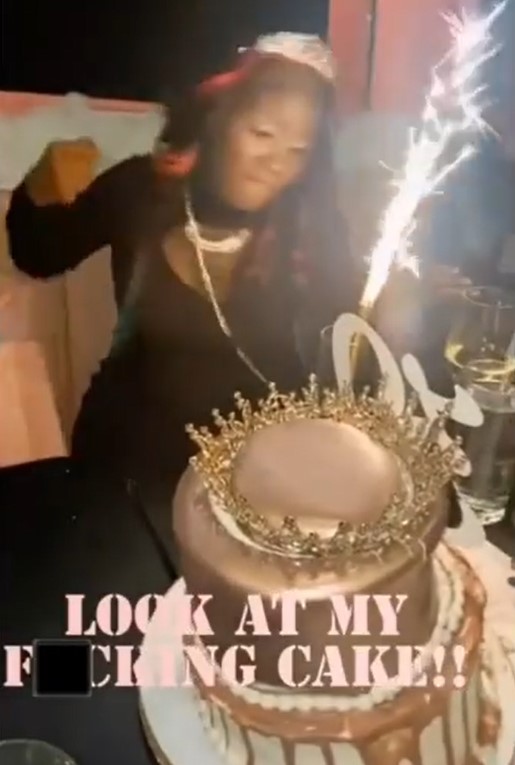 In the viral video, the moment leading to her smashing the cake show her pressing her phone before punching the cake causing it to fall into the floor.

Surprised by her action, one of her guests is heard screaming while the others were literally jaw dropped as they looked at her and wonder why she became so upset.

The lady, who donned a tiara and a black dress was seated in the midst of guests as they partied in club with drinks all around their table but the event would take a new turn after she smashed her cake into the ground.