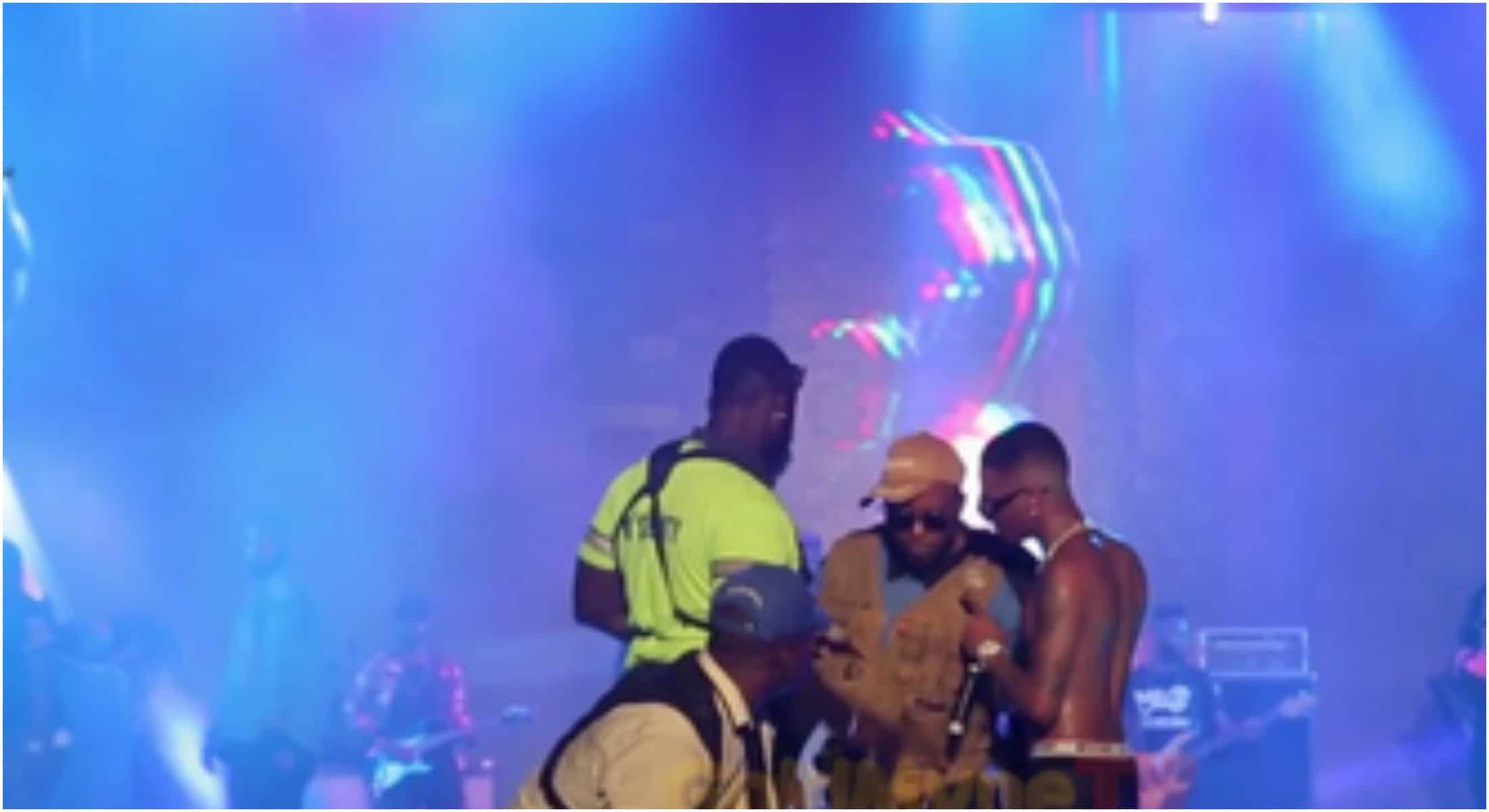 Overzealous fans of Wizkid stunned many who were present at his recent Abuja concert when they grabbed him by the leg during his performance.

In the video, the crooner’s security operatives are seen fighting off the fans who held on to Wizkid’s leg.

After several attempts to free them, Wizkid fell on stage, got up and continued performing.

As expected the video has  sparked several reactions from fans on social media.

Below are some of the reactions gathered by Kemi Filani News:

“People love Wizkid. He’s the real African Micheal Jackson. And he is always receptive and warm to his fans too,” @Phemino wrote.

@Mz wrote: “Abuja people don’t use to behave like this, this one came from Lagos.”

“Na so dey go drag my daddy leg at the altar which kind fan love be this. This is an attack. Justice for Wizzy,” @Zena wrote.

@Tufab wrote: “Make Una appreciate and adore our international star now. Waz all this. Make nothing do Machala ooo. Abeg.”

Bobrisky shares evidence as he reacts to Mompha’s claim that he will never be associated with Homosexuality.