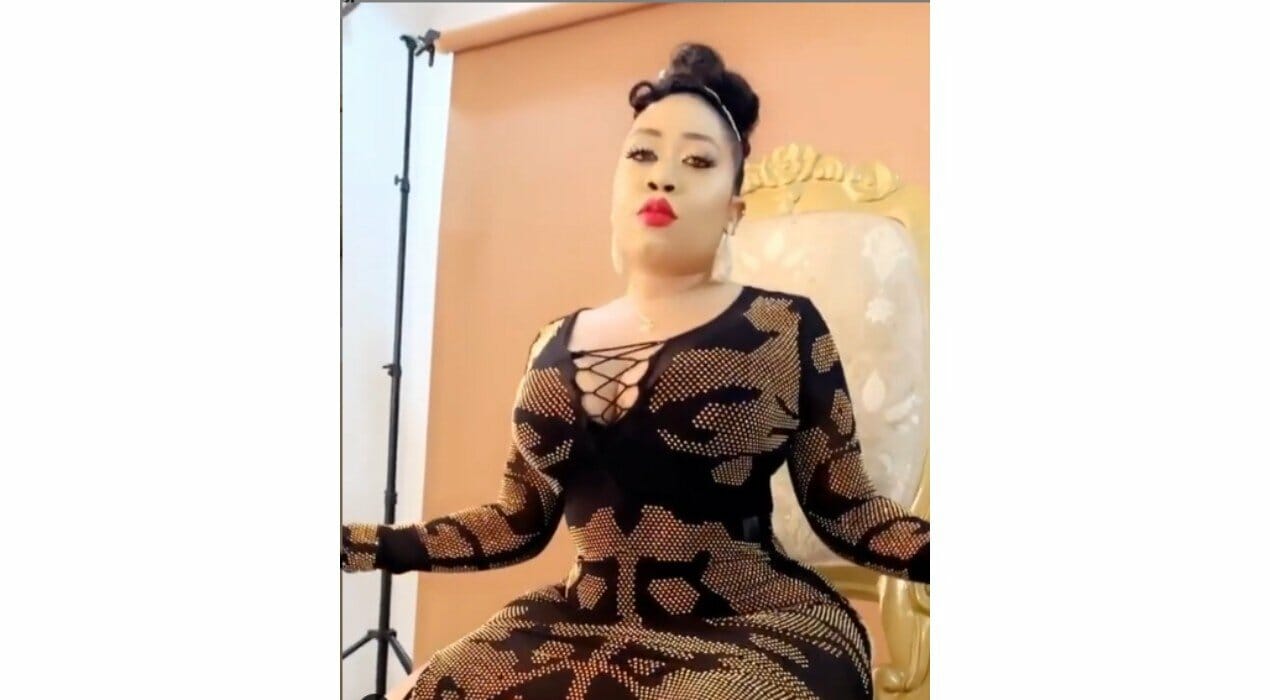 As the curtain of year 2021 draws to an end, Nollywood actress Moyo Lawal has recounted the many lessons the out going year taught her.

According to the curvy actress, she has learned how not to trust people wholesomely, amongst other things.

Taking to her Instagram page, Moyo Lawal shared a cute photo of herself and captioned it: “The Ice Queen is wishing you ,an amazing holiday full of plenty money and fulfilling experiences.You already know the face card never declines but hey lets state the obvious Can you believe it…. 2021 is almost over . This year taught me some cold hard facts ….. I have learnt that people will try to bring you down even when you have done absolutely nothing tangible to them . I have learnt that people will try to smear you,  just because you are friends with people they are now at loggerheads with ..I know what you are thinking, how are you just figuring this out in your 30s. Well , for someone who grew up in acting , I have pretty much been in a shell regardless… … … ……. my own idea of adventure is wearing something revealing and doing stunts for the gram !!! However they say when you wake up is your morning so expect a new Moyo ..yes I have been saying that forever but this time , I mean it.  Another thing I learnt is that there is big and small sin oooh .Apparently, we humans will continuously choose to select what favors us and makes us look good to the general public..while hiding under the religious umbrella. Another thing that still shocks me is how people do anything and I mean anything to get what they want …. What I don’t understand though is that life doesn’t end after you get it , or does it ? … … because you are going to have to maintain and then start the struggle again in a different form … .. but then what do I know.”

Kemi Filani will recall that Moyo Lawal who was recently in the news for allegedly having an affair with a rich politician from the northern part of the country had also expressed her position on dealing with a cheating partner.

In a recent interview the curvy actress who had been quite outspoken on social media since the controversial news went viral said she sees nothing wrong in having a cheating partner.

“Yes, I can you forgive and take back a cheating partner. In fact, I don’t see my man cheating as a big deal. My own is don’t come and be pretending that you are “one holy than thou ” or neglect your duties. Just cheat on me with sense and use protection.”

“Economists call it inflation. I call it Buhari’s Nigeria”

Trending video of security agents in Togo assaulting some Nigerians