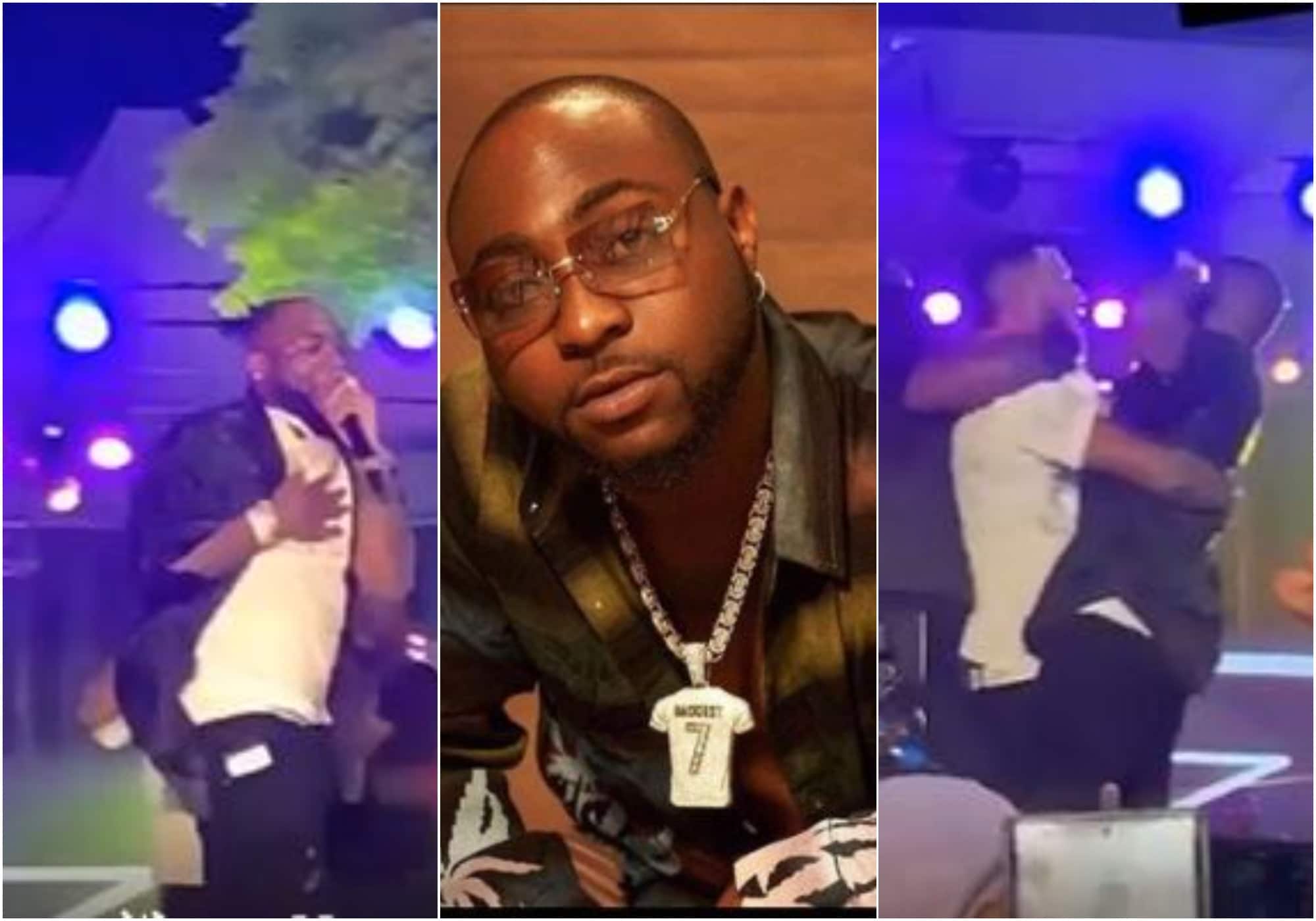 Nigerian singer David Adeleke popularly called Davido sparked online reactions after he suddenly checked his ‘Ice Necklace’ when he narrowly escaped being taken down by a fan at an event in Abuja.

In the video making the rounds online, an excited fan jumped on stage and tried to grab Davido during his performance.

Davido quickly pushed the fan away with the help of his bodyguards before he continued with his performance.

However, many netizens pointed out how Davido checked his neck to ensure his Ice Necklace was intact.

ijobayanyan wrote: Expensive chains Dey davido neck so he did the right thing by pushing him away..not until we start hearing stories that touch.

Vets confused as ‘mutant’ two-headed calf is born in Brazil