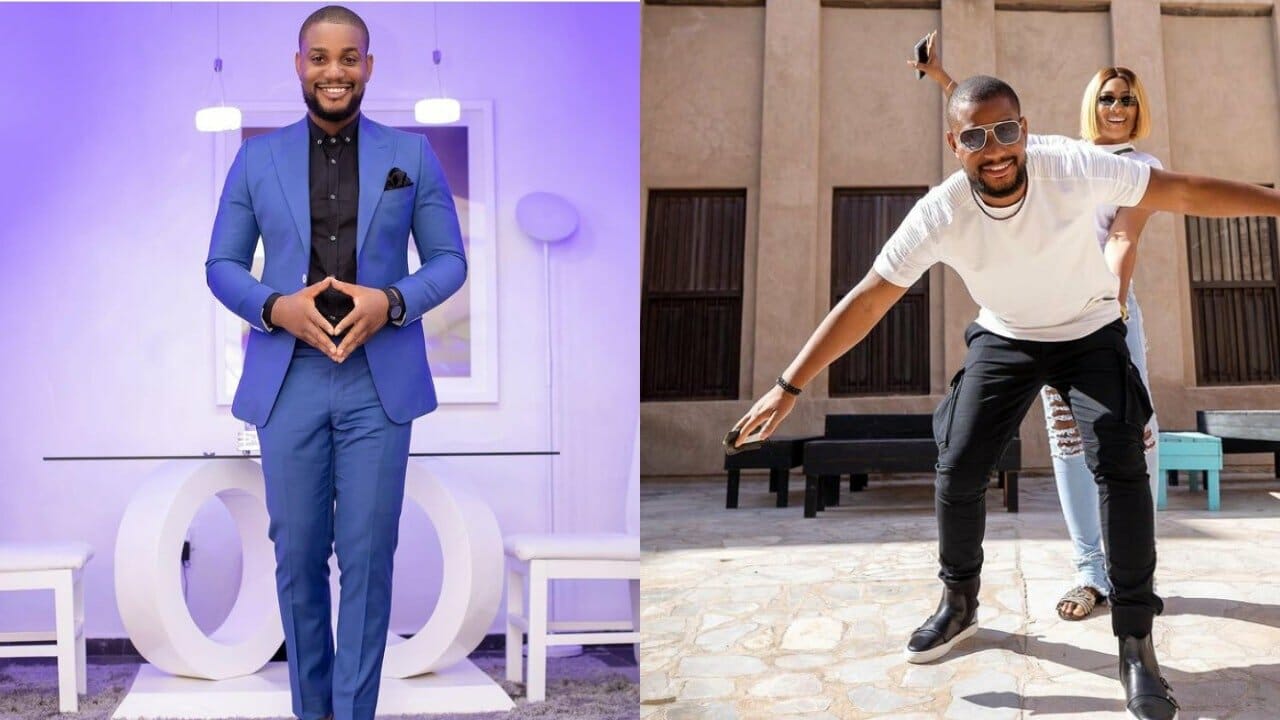 Nollywood actor Alex Ekubo has shared a hilarious conversation with his mother, requesting a gist.

In the chat, Alex Ekubo’s mother had asked his son for an update on something they had earlier discussed, and the actor reacted, teasing his mom about her love for gossip.

Alex Ekubo’s mom jokingly teased him that his head looked like his father’s, and Alex objected to giving his mother any gist until she apologised.

Irrespective of the apology, Alex Ekubo dashed his mother’s hope, saying he would give her the gist when God had ministered to him.

He captioned the post: My mum is my number 1 gossip/gist partner, pls see the time this woman of God started hustling me for gist. When I didn’t answers her, she sent voicenote praises me calling me sweet names. Mummy if you like call me Jehova El Ikuku Shaddai i won’t give you this particular gist.

Kemi Filani News recalls Alex Ekubo recently revealed how a simple kind gesture from his colleague Linda Osifo touched him after telling her about his current financial situation.

In the post shared on Instagram, Alex Ekubo revealed he met Linda Osifo at a recent event, and while they were exchanging pleasantries, he opened up about being broke.

Alex Ekubo said Linda Osifo laughed over the response and requested his account number, and he jokingly sent it. A few hours later, he was shocked after the actress sent him a hundred thousand Naira.

Alex Ekubo expressed appreciation and love to Linda Osifo, stating she didn’t have to send the money, adding he would be giving out the money to someone who really needs it.

Only 25 universities have full accreditation