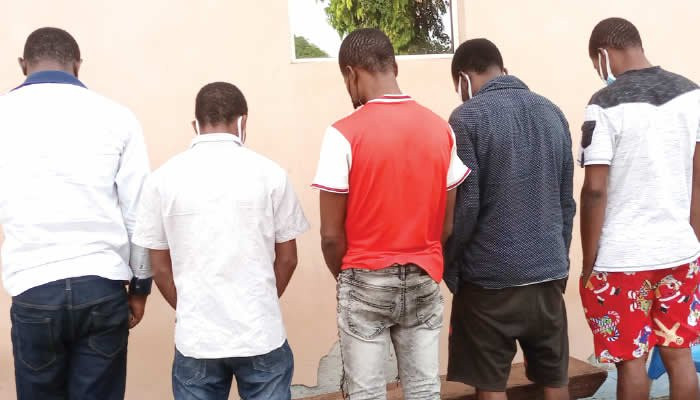 The Akwa Ibom State Police Command has paraded a youth leader, Eddy Onuka and four members of his gang arrested for kidnap and murder in the state.

Police spokesperson, Odiko Macdon, who paraded the suspects at the command headquarters, Ikot Akpana-Abia, said that they were arrested by operatives of the Inspector-General of Police Tactical Team.

According to the PPRO, Onuka, who was the youth leader of the Rice Miller Association in Oron, masterminded two kidnap incidents involving one Emmanuel, whom they shot while trying to resist them and another Aniekan, whom they collected over N20m ransom from. Read previous report HERE

I was a devout Muslim, Quran doesn’t condone killings