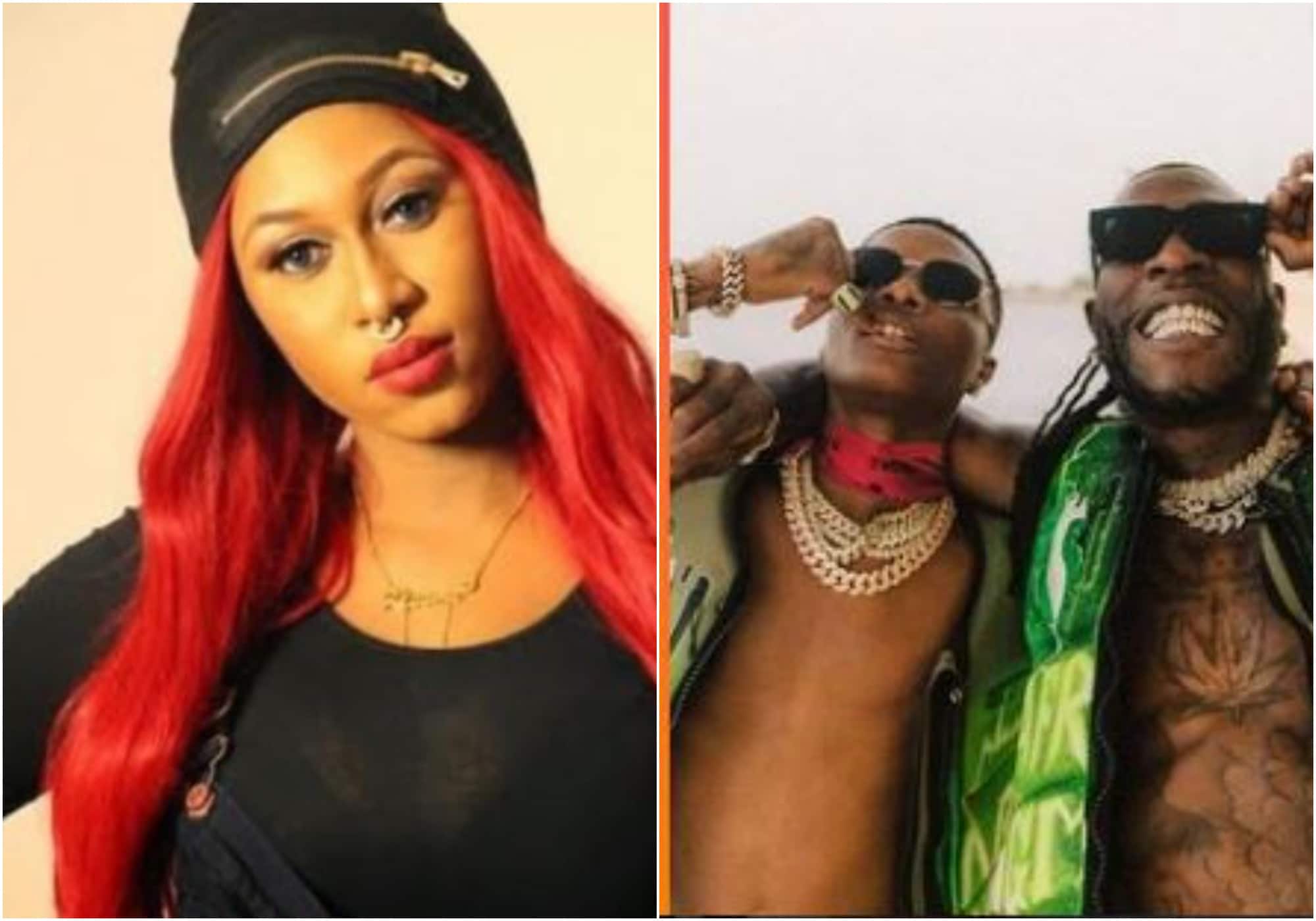 Nigerian singer Cynthia Morgan has sparked online reactions after revealing the work of her colleague Wizkid inspires her.

This comes a few days after Cynthia Morgan rubbished the newly released song of Burna Boy and Wizkid ‘b dor’.

Hence netizens were surprised after Cynthia Morgan took to her Instagram page to share a screenshot of Wizkid’s new music video stating she is inspired.

Reacting to Cynthia Morgan’s post, many netizens likened her to a confused fan noting that Wizkid may not respond to her.

bala_fama wrote: This one she just Dey confuse

tinah_jay12 wrote: She is a confused fan

shugardadddy wrote: Same odé that talked shit about him couple days ago? Now I believe she’s got M. issues

Kemi Filani News recalls Cynthia Morgan in a series of posts shared on her Instagram story, claimed that BurnaBoy is losing it with his music arrangement.

Cynthia Morgan said his new music seemed like it was recorded in a hurry and will score it 5/10, noting that the song’s intro was unnecessary.

Cynthia added that she’s still expecting part two of the song, and since she does not want to be involved in music, it would be nice to get inspiration from her colleagues.

She wrote: Burna boy is losing it with his music arrangement. Wizkid was ok but the last bars was weak #b’dor To me I feel like they made the record in a hurry so I will give it a 5/10. That intro was unnecessary and the hook or chorus bars aren’t complete. Please I need ginger part 2. As I no want do music again at least make una they inspire me.

A lot of your faves drive exotic cars but have weak account balance. In 2022, try to be your own mentor