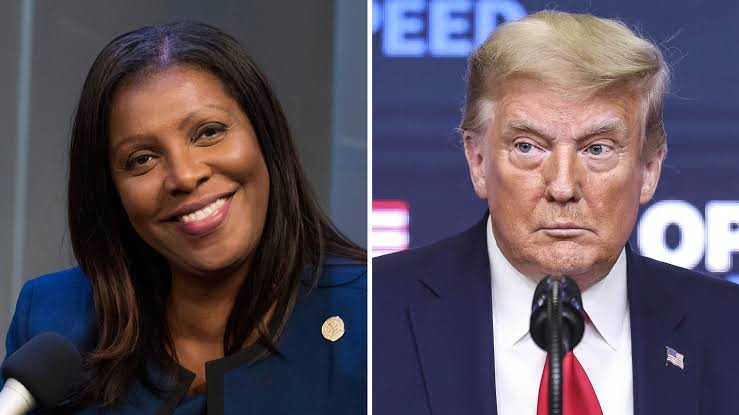 Former US President, Donald Trump on Monday, December 20, filed a lawsuit in an effort to block New York state Attorney General, Letitia James from continuing to investigate his business.

Letita James, a Democrat who is also running for New York Governor, is conducting a civil probe of the Trump Organization, to find out if the company had misstated the value of real estate assets to obtain favorable loan and insurance rates, while lowering its tax obligations.

The investigation is also joined by a criminal investigation being conducted by the office of Manhattan District Attorney Cyrus Vance Jr on the Trump organization.

Trump, who is a Republican, claims that both Vance and James, are investigating him for political reasons, and has called the probes “witch hunts.”

The suit in U.S. District Court for the Northern District of New York, was first reported by The New York Times.

The suit also alleges that James’ “mission is guided solely by political animus and a desire to harass, intimidate, and retaliate against a private citizen who she views as a political opponent.”

The suit says Trump, his family and his business are victims of a “bitter crusade” by James, who has “tirelessly bombarded” them with “unwarranted” subpoenas.

The 30-page law suit is devoted to James’ tweets and past criticisms of the Trump administration.

Trump’s lawyer Alina Habba, in a written statement said, “Letitia James targets President Trump with a callous disregard for the ethical and moral obligations she swore to abide by when she became Attorney General.”

“She has short changed the state by commencing this partisan investigation and has forever tarnished the sanctity of her office,” Habba said.

“By filing this lawsuit, we intend to not only hold her accountable for her blatant constitutional violations, but to stop her bitter crusade to punish her political opponent in its tracks.”