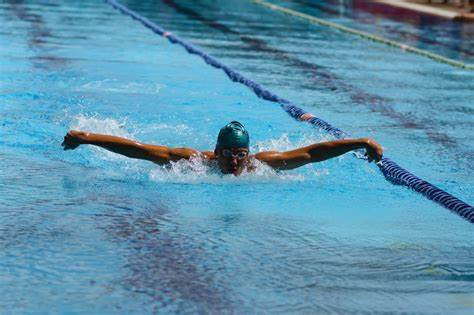 The United Arab Emirates (UAE) has countered claim of barring Nigerian athletes from participating in the 15th FINA World Swimming Championships in Dubai.

LIB had reported that some of the atheletes who arrived UAE from European Countries and not Nigeria, claimed they were not allowed to take part in the competition by authorities in the Middle-East Country on Thursday December 16.

Some of the athletes who revealed they were treated unfairly, further disclosed that they withdrew from the competition after not being allowed to see Nigerian officials.

However the UAE has denied any form of discrimination against athletes and national teams participating in the competition, as passed off in a statement released by the event’s local organising committee (LOC).

Stating that part of its rule for the competition include that “anyone who has tested positive for COVID-19, including those in contact with someone who has tested positive, must quarantine immediately”, the UAE countered claim of not enforcing same rule on Western national teams, by insisting that the “rules have been applied to all national teams without exceptions”.

“Since the very beginning of the pandemic, the UAE has implemented health and safety procedures to protect and safeguard the lives and wellbeing of its citizens, residents and visitors.

“The event’s local organizing committee (LOC) remains steadfast in its commitment to adhere to these procedures, based on the local health authority regulations.

“These rules have been applied to all national teams without exceptions. Any claims of discrimination against those who tested positive for COVID-19, including those in close contact with someone who did, are categorically untrue and without merit.”

Drakeo the ruler stabbed to death during L.A. festival