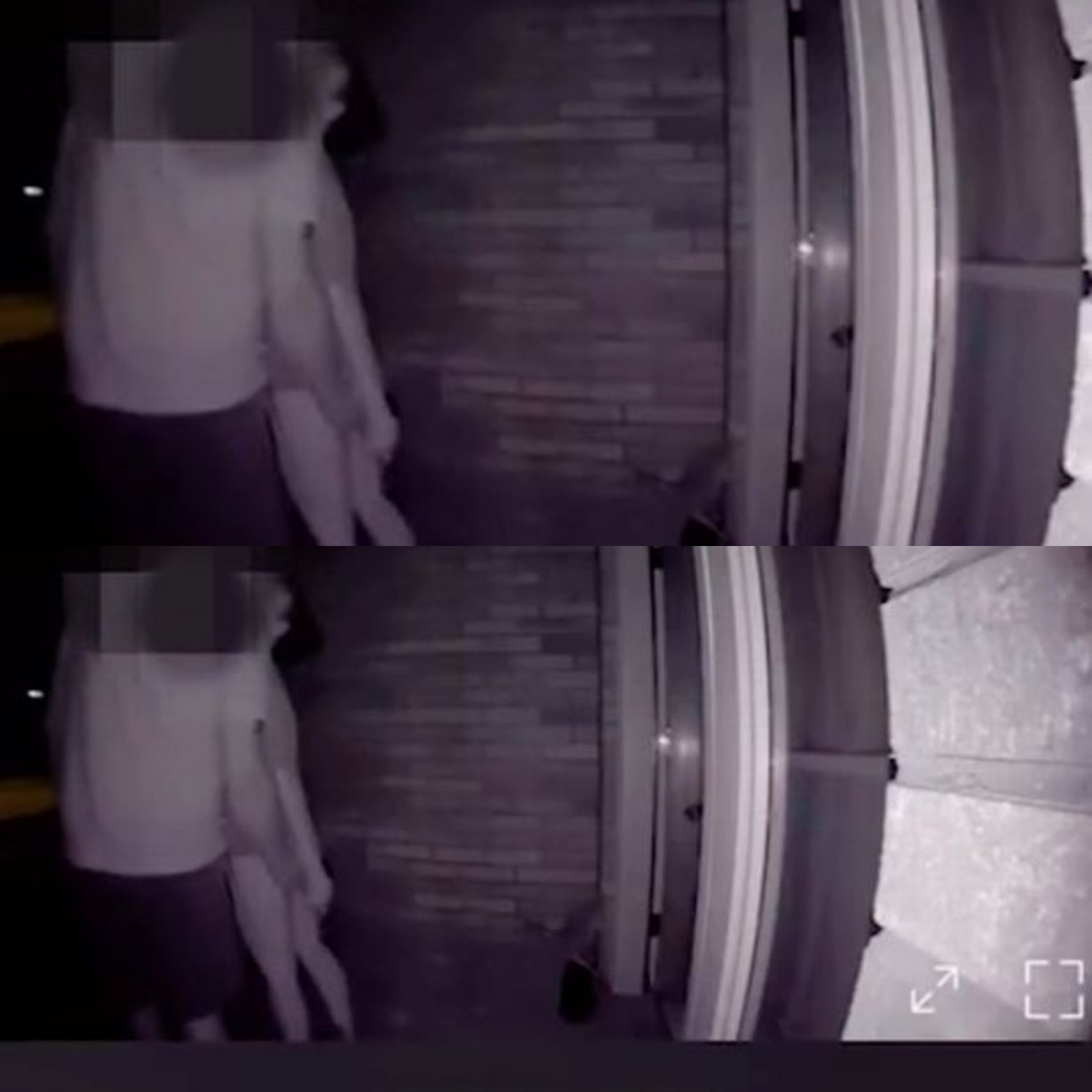 A husband was allegedly caught cheating on camera.

The man seemed to be unaware that home security surveillance was rolling when he brought a woman believed to be his mistress over for the evening.

In the clip, he appears to check the coast is clear before a half-clothed woman walks onto the porch.

She gives him a kiss and he squeezes her bum before they say goodbye and she gets into her car.

His wife found evidence of his infidelity on the doorbell camera.

She posted the footage on TikTok, which she captioned: “When your husband is too sick to go on the family trip you planned.”

The clip has racked up millions of views online and many were shocked by the man’s behaviour.

One wrote: “The way he kissed her I thought that was you leaving for the family trip……. Holy spirit activate.”

Providing an update on her situation, the wife told TikTok followers that she has now left her cheating husband.

She wrote on TikTok that her husband “no longer resides here”.

She added that her now-estranged husband “wasn’t the sharpest tool in the shed” as “he literally kissed his mistress in front of a camera he installed himself.”

Doctor and his friend brutally murdered in his Abuja home