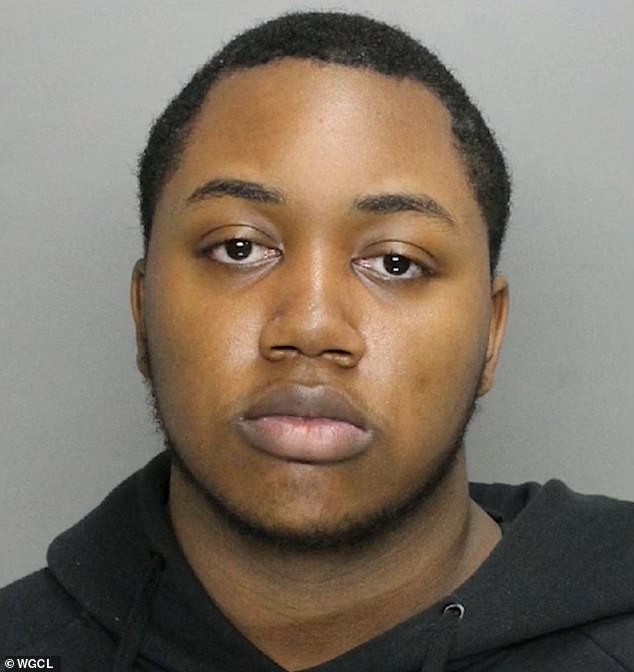 A 16 year old boy has been charged for allegedly brutally raping a 15-year-old classmate inside the bathroom of a Powder Springs high school.

Malachi Mpata, 16, from Georgia, US is being charged as an adult in the crime.

He was arrested after he allegedly pushed the girl against a wall, grabbed her by the throat and demanded that she perform sex acts on him.

He also slapped the girl and hurled insults at her during the assault, which happened after school hours at McEachern High School, according to the police warrant .

The girl was then taken to the boys’ bathroom where she was raped as her attacker wrapped his hand around her neck, the warrant added.

The assault happened in November 17 and the young man faces rape and sodomy charges.

The Cobb County School District said in a statement indicating it ‘immediately reported’ the assault to police and said it would not comment further on the case to protect the girl’s privacy.

A woman who lives across the street from Mpata said she was shocked when she heard what he had done.

‘I just honestly, I’m shocked,’ Sarah Dell told CBS46. ‘I just can’t believe what he’s being accused of.. He watches the kids without his mother even asking.

‘I’ve seen him around children, he’s been in my house. I mean he’s going to school and said he wants to be a doctor. It’s just stunning.’