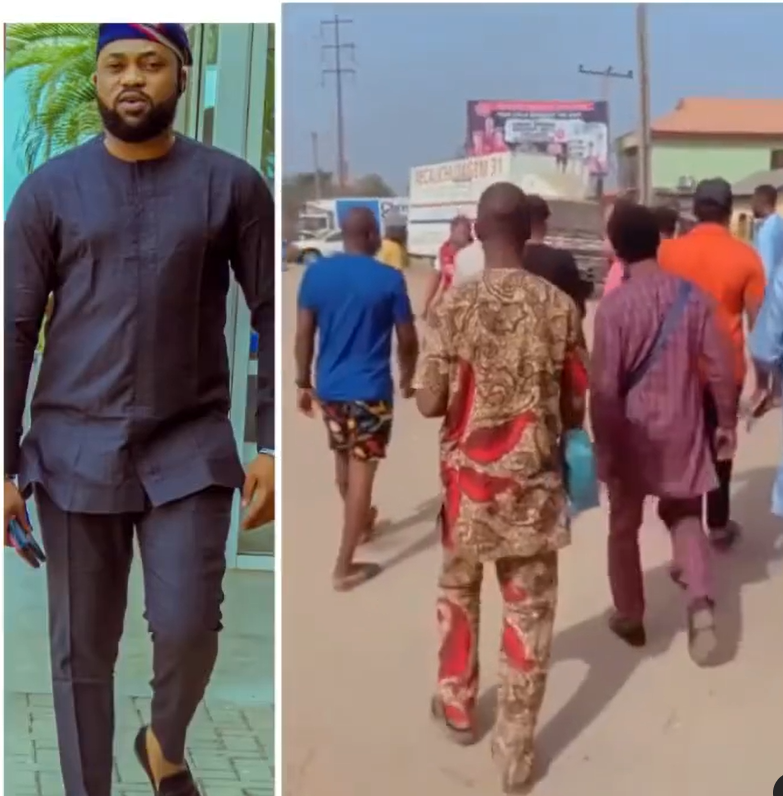 Actor Damola Olatunji charged to court after confronting a police officer for slapping his P.A (video)

Actor Damola Olatunji has been charged to court after confronting a police officer for slapping his P.A at Abule Egba area of Lagos state.

Recall that in video which went viral yesterday, a police officer was seen hiding his face after Damola confronted him and his colleagues for slapping his P.A because he (Damola) “asked them to allow a young man whose bike they seized, to drive it”.

News of the actor being arraigned in court on charges of “public incitement and assaulting police officers” came after he disclosed that he is being held at Area P police division.

Filmmaker and actor, Lanre Adediwura confirmed that Damola was taken to Ogba Magistrate court after being “kept in police custody for standing against police intimidation.”

I can’t imagine Damola Olatunji @damolaolatunji had been in police custody since yesterday only for standing against police intimidation. He is currently being taken to Ogba Magistrate court.

Please well-meaning Nigerians, we need you to get this to the appropriate quarter.

Also sharing a video of Damola in court, Lanre wrote;

All we are asking for is freedom for @damolaolatunji

He was only defending a fellow Nigerian Citizen against possible humiliation. He is not a trouble maker as record has it.

His only offence was standing for a Nigerian.