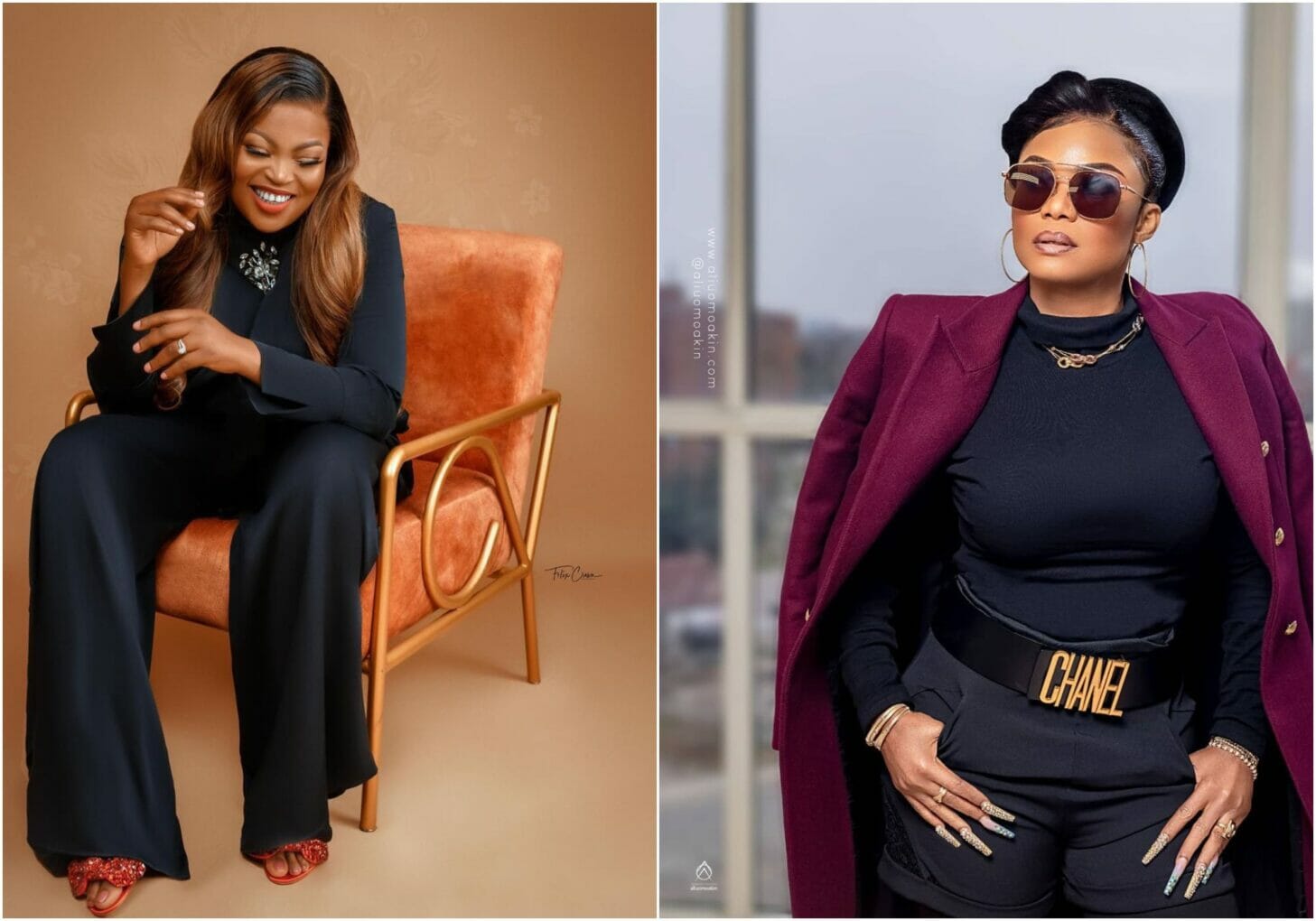 Funke Akindele’s fans are not taking it lightly with Iyabo Ojo as they come hard on her for trolling their favourite.

The beef between Funke Akindele and Iyabo Ojo is has been running for a longer period, with the latter refusing to break her silence over the issue. However, she has been sending cryptic messages to taunt Iyabo Ojo.

Fans did not spare Iyabo Ojo even as she celebrates her 44th birthday. Instead, she is again trolled over one of her posts that emerged online.

Taking to Instagram, a controversial blogger shared the story asking her followers to express their opinions on the story.

In the comment section, many of the reactions express anger and disappointment on Iyabo, claiming she is behaving below her standard.

oexcuse29: That’s why I will always love my Tonto. She will call you out with her full chest and tag you join

doccydsongbird: Can these people just leave Funke alone? Kilode gan? She can’t even celebrate her birthday without shading someone else… Nawa!!

_naomeeh: TBH this lady is quite petty jare….make she try dey let things flow and peace reign atimes, no be all the time dem go hail you for Gbasgbos!

ceemplybecca: Some of these epistles is totally unnecessary…

bena_lov: This lady sha, I like her bluntness but she is far from been classy abeg. She seems local & razz to me.

angelfloxxy: Iyabo i like her a lot but i want her to stop all this querel with different people sometimes behave mature and classy and stop all this ranting all the time

es.ther968backuppage: The eniola Badmus iyabo is fighting for hasn’t come out to say anything about Quarrelling with funke .why is iyabo carrying the matter on her head like gala o chimooo