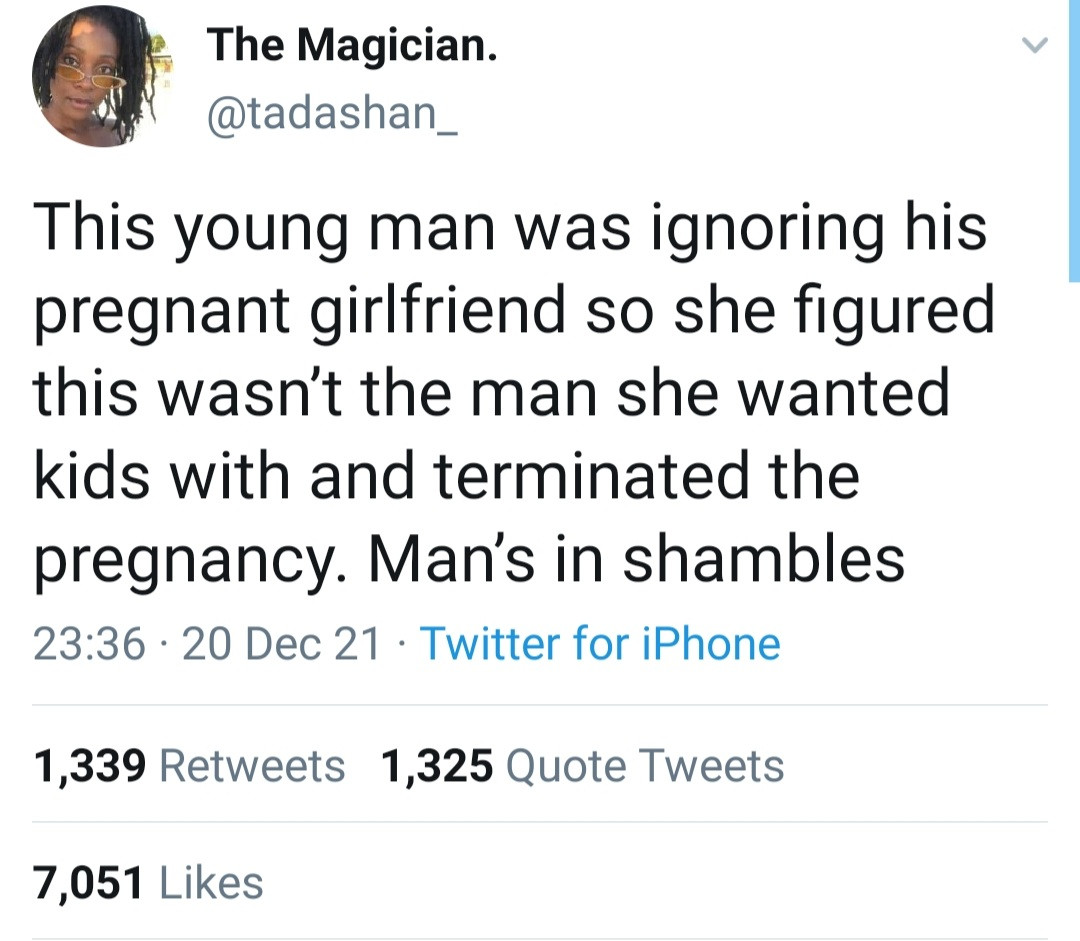 A woman reportedly terminated her pregnancy after her man’s actions towards her made her realize she didn’t want a child with him.

According to a Twitter user who shared the story, the man responsible for the pregnancy was ignoring his pregnant girlfriend, wouldn’t pick her calls for weeks, and didn’t text back.

This made her realize she didnt want kids with him and she terminated the pregnancy, leaving the man shattered.

This led to a debate as some supported the woman on the grounds that if the man is not attentive before the baby comes, he will not be involved as a father.

Others said she had no right to terminate the pregnancy without the man’s support.

“This life no get manual. Forgive am” – Olamide tells Kogbagidi after he sent Zazu star, Portable, packing for calling out Poco Lee

Make an Unforgettable Impression with the vivo Y15s Camera