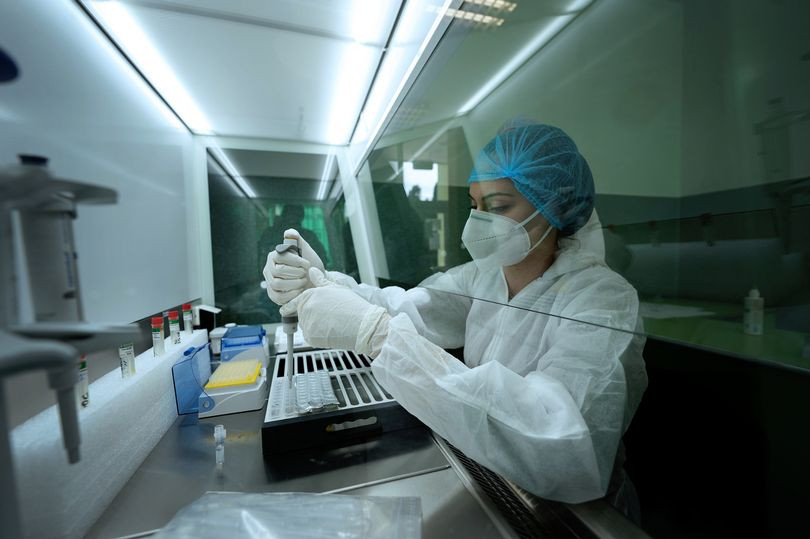 Tiny lab grown human muscle cells will be blasted into space in an experiment that could help people to live longer, healthier lives, scientists have said.

The project titled MicroAge, is funded by UK Space Agency and will cost £1.2million

It will involve the launch of a capsule from Florida to the International Space Station on Wednesday, December 22.

Lab-grown human muscle cells the size of a grain of rice have been put into small containers and once they are in space, they will be electrically stimulated to cause contractions in the muscle tissue, and the scientists will look to see what happens.

Some of the muscles will be electrically stimulated to take part in ‘exercise’, and others will be exposed to increased amounts of protective heat shock proteins – which scientists at the University of Liverpool have previously shown provide protection against age-related muscle wasting.

The experiment will be used to understand what happens to humans as we age and to see if aging can be reversed or slowed down.

Professor Malcolm Jackson of the University of Liverpool said: “Ageing is one of the greatest challenges of the 21st Century and we will learn a great deal about how muscle responds to micro-gravity and ageing from the data we obtain from this study.”

Professor Anne McArdle from the University’s Institute of Life Course and Medical Sciences, said: “Identification of the underlying mechanisms responsible for this loss of muscle mass and strength with age has been the subject of our research for a number of years.

“Astronauts in microgravity lose their muscle mass and strength at an accelerated rate compared with older people on earth, providing a unique model to rapidly determine the mechanisms underlying muscle loss not only in astronauts, but with relevance to older people on earth.”

Nigerian guy pranks his ex-girlfriend, tells her that he needs someone to carry calabash in the middle of the night for him (Listen)