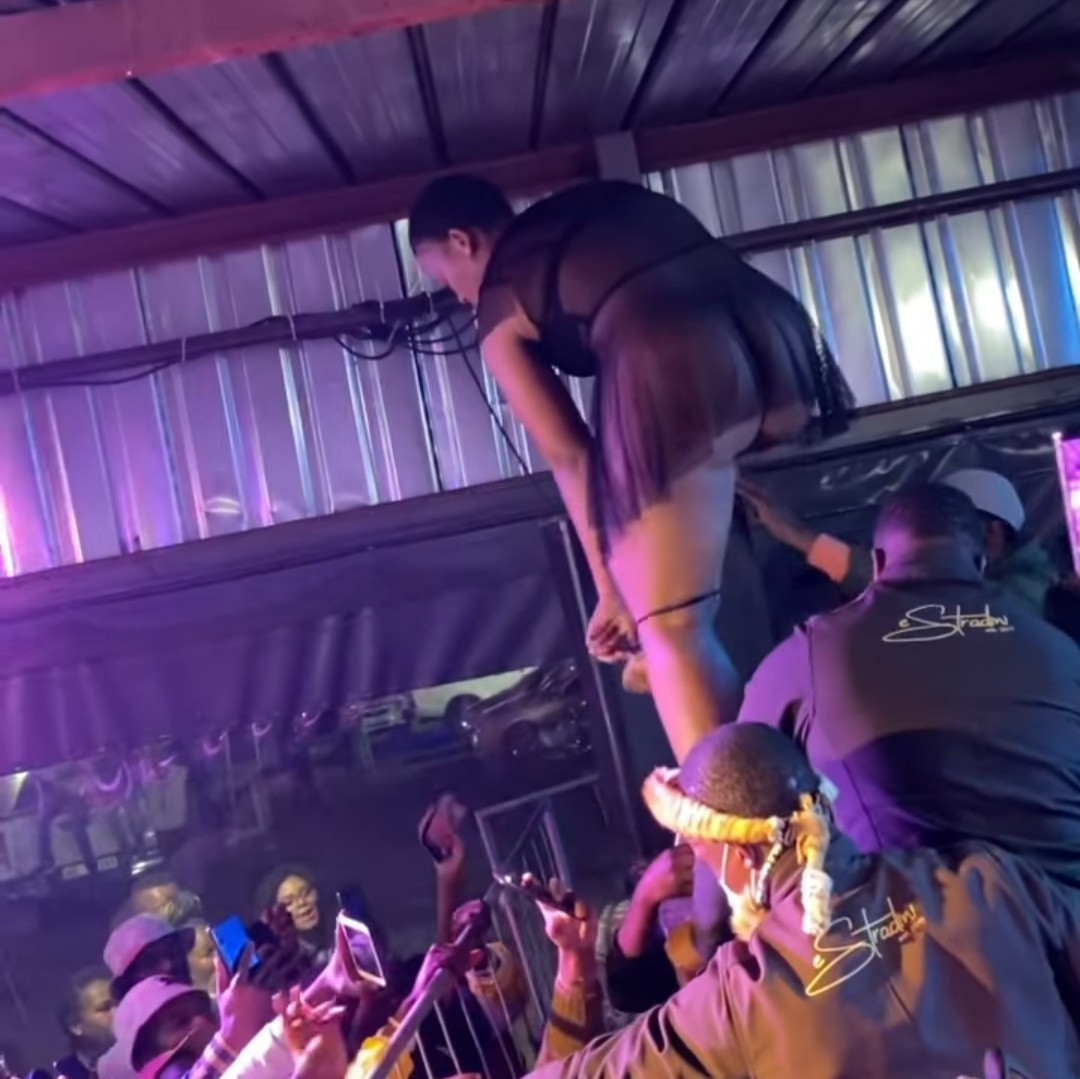 Pantless dancer, Zodwa Wabantu pulls off her underwear on stage to give her fans a show (video)

South African pantless dancer, Zodwa Wabantu, pulled off her panties while on stage.

The dancer, known to perform without underwear, was cheered by her fans as she pulled off her underwear to give them a show.

After pulling off her panties, there was nothing left to protect her modesty, save for a see-through net dress that hid nothing.

Fans brought out their phones to film the dancer as she performed almost naked.

“If you see me in economy, don’t think I’m suffering” – Uriel writes as she complains about expensive flight fare