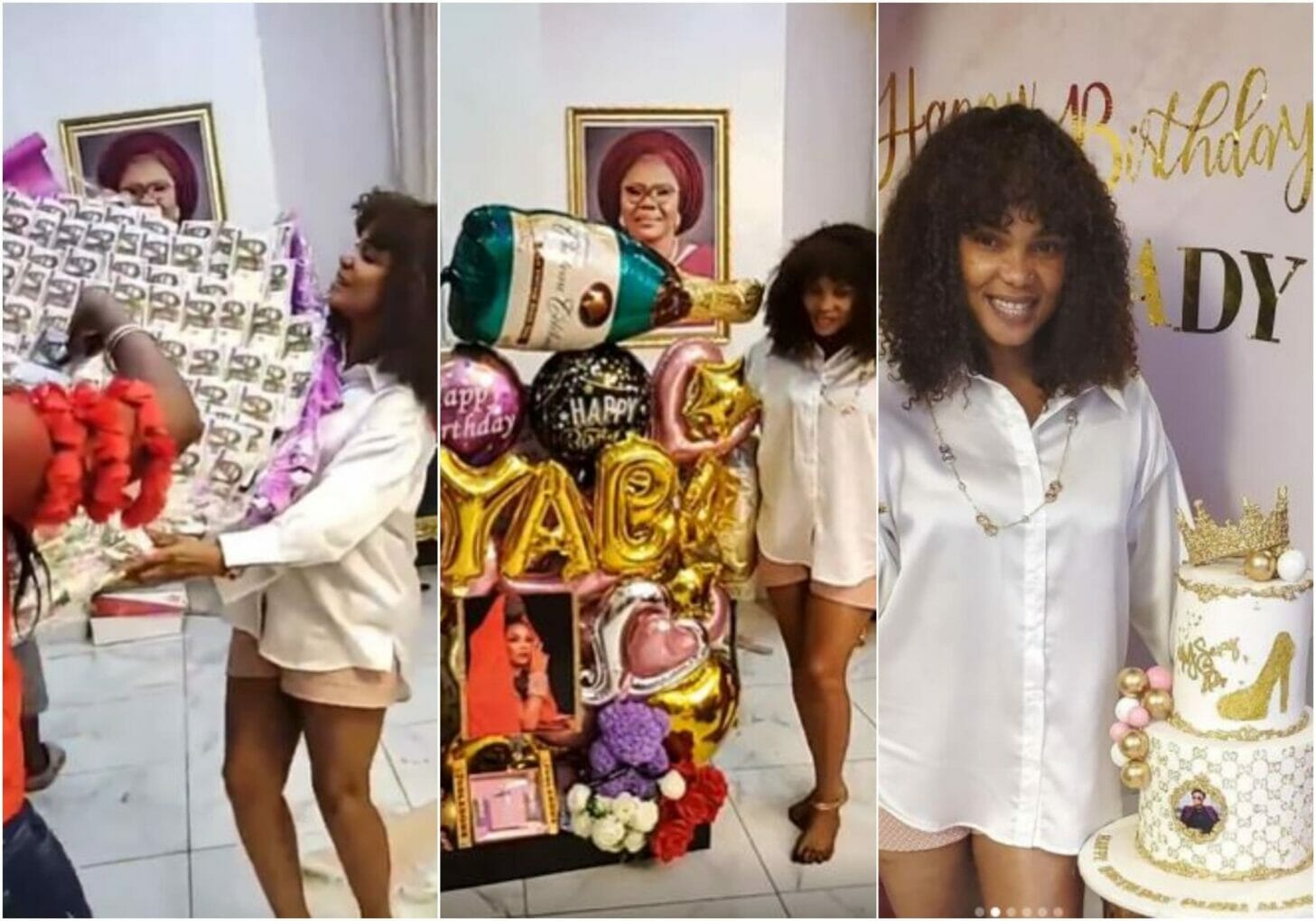 Actress Iyabo Ojo receives a massive bouquet of money, cakes and other gift items on her 44th birthday

Nollywood actress Iyabo Ojo had a good time for her 44th birthday and received numerous gifts and surprises from her friends and colleagues.

Iyabo Ojo had clocked ‘age 44’ on Tuesday 21st December 2021, and she shut down social media with her jaw-dropping photos.

Taking to her Instagram page, Iyabo Ojo shared several gifts she received. One of the videos shared captured when her colleague Layole Oyatogun was raining Naira notes on her while presenting a money bouquet.

Iyabo Ojo also received cakes, a bottle of champagne and other gift items from her surprise plug to make the day a memorable one for her.

Kemi Filani News recalls Priscilla Ojo the daughter of actress Iyabo Ojo took to social media to celebrate her mother on her birthday.

Priscilla Ojo took to her Instagram page to share a photo of herself and her mother twinning in a beautiful white outfit.

She described her mother as her entire world, and she managed to fill many roles in her life, including mother, father, teacher, friend, and best friend.

While expressing appreciation to her mother, Priscilla Ojo added that life is impossible without her.