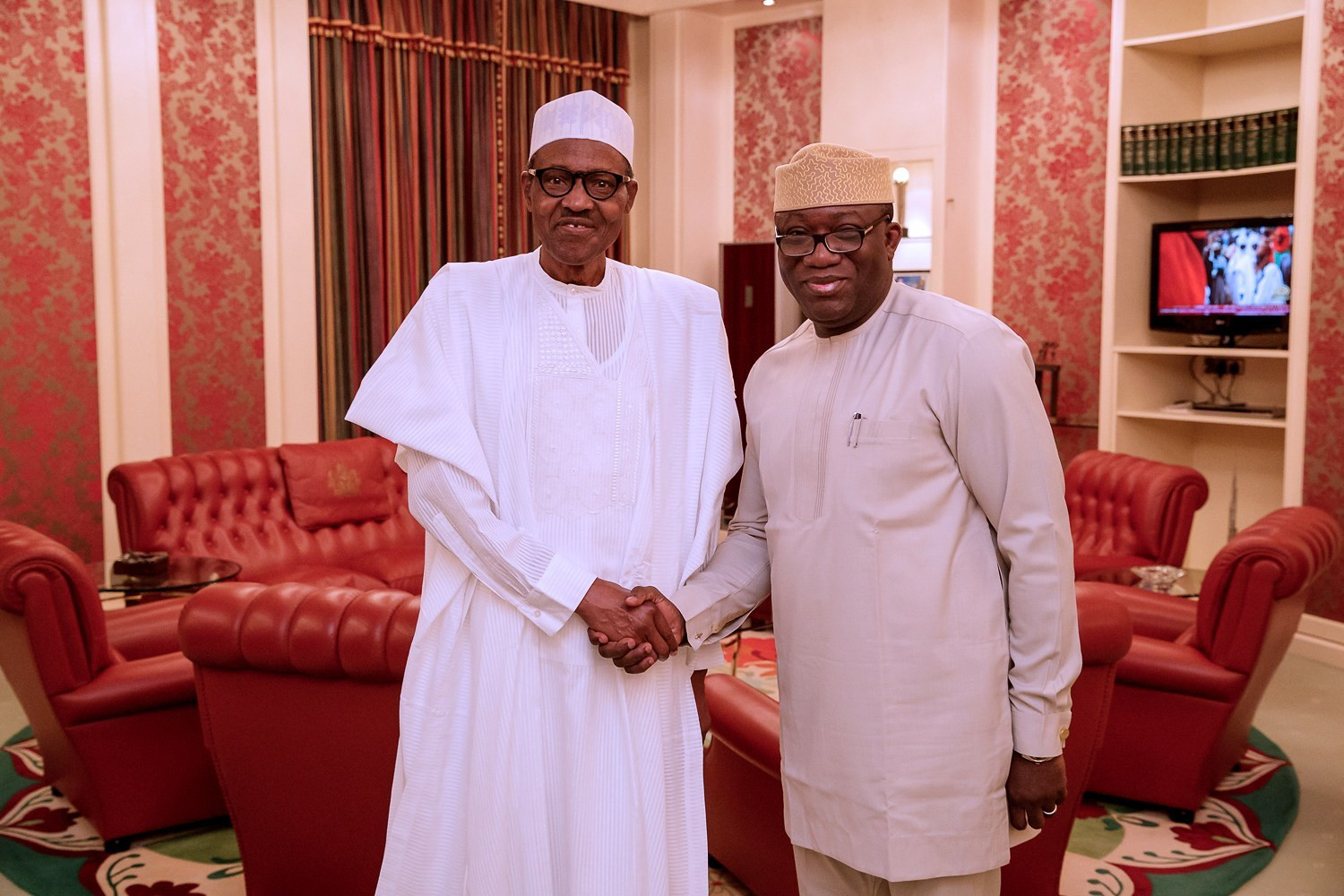 Governor Kayode Fayemi of Ekiti state has said that President Muhammadu Buhari should be commended for withholding assent to the electoral bill.

Fayemi who dismissed speculations that the President succumbed to pressure mounted on him by governors to reject the bill while fielding questions from state house correspondents after a meeting with Buhari at the presidential villa on Tuesday December 21, maintained that no Governor is scared of direct primaries as the mode of selecting candidates for elections and the President declining assent is him standing on the side of the people.

“I don’t know what you mean by governors being happy. At least as a governor who has gone through a series of elections, my election to the office during my first term was via a direct primary that took place in all the 177 wards in my state. And my election to my second term in office was via an indirect primary.

“So, I’ve tasted both. And I can tell you that it really doesn’t matter to any governor whether you have primaries via direct mode or indirect mode. Governors’ concern is that opportunities are given for an inclusive process. And I think that is what Mr. President’s letter has brought out.

“Mr. President has not objected to direct primaries, neither has he endorsed indirect primaries. He has only said ‘be fair to all; let all options apply and what you decide should be determined by your own local and peculiar circumstances’. Being mindful of questions of security, finances, and internal democracy.

“So, I think we all should commend the courage of Mr. President to stand with the people. And the president, you know, just like me, is not afraid of whatever mode you decide to use.

“When I chaired the primaries — the historic primaries that brought him in as a presidential candidate — I was the chair of that primaries in 2014. It was an indirect primary.

“But in 2019, when he was coming back, he came back via direct primary. So, Mr. President has also tasted both. And I don’t think he’s somebody to be lectured about the pros and cons of either process.”

The Governor noted that both direct and indirect primaries have unique challenges and called for options to be provided.

We are not recruiting or organizing a contest