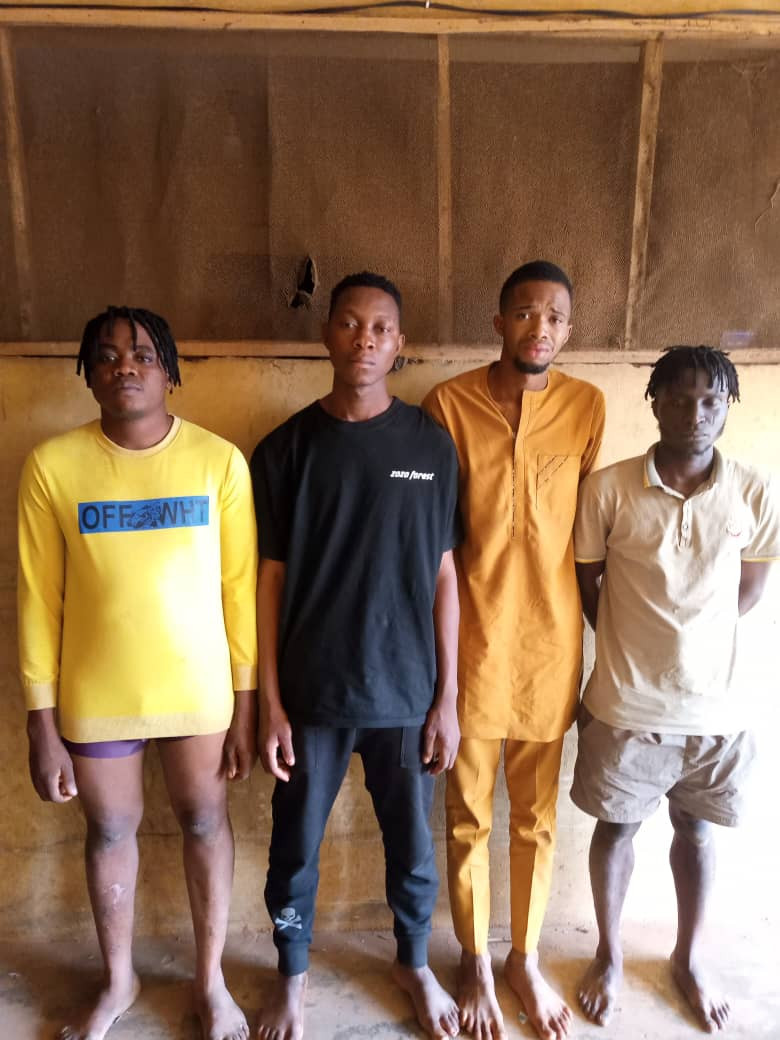 A statement released by DSP Abimbola Oyeyemi, spokesperson of the state police command, states that the suspects were arrested following the report lodged at Adigbe divisional headquarters by the mother of the victim, one Ogechi Alexander, who reported that her son Alexander left home on the 20th of November 2021 and did not return. She reported further that her son told her that he was going to visit some of his friends whom she didn’t know.

A case of missing person was subsequently incidented at Adigbe division, but when the whereabout of the victim remained a mystery after some days, the commissioner of police CP Lanre Bankole directed that the case be transferred to state criminal investigation and intelligence department for discreet investigation.

At the SCIID, the DSP Nurudeen AbdulGafar led Modus Operandi section, embarked on intelligence and technical investigation which led to identification of one Babatunde Owoseni as the person who was last seen with the victim, and he was promptly arrested.

Abimbola said on interrogation, the suspects confessed that the victim came to their house to learn about internet fraud, and after eating food, they all took a substance known as Colorado which made them to fall asleep. They confessed further that when they woke up at about 8 pm, they met the victim on the ground already vomited all over his body. When they tried to carry him, they discovered that he was no longer breathing. At that point, Azeez Oyebanji aka Biggy who they bought the drug from was invited, and he advised that they should throw the corpse away.

“It was then that Ayomide and Gafar arranged for Uber driver to come and when the driver came, Ayomide collected the vehicle from him and used it to carry the corpse to the top of Kuto overhead bridge where it was dumped. The corpse was later removed by the state health workers and buried as unknown corpse.” Abimbola said

The spokesperson added that preliminary investigation revealed that there was a mark of violence on the head of the deceased as shown in the picture taken by the health workers before it was buried.

Meanwhile, the commissioner of police CP Lanre Bankole has ordered  the investigating team to expedite action on the investigation and charge the case to court as soon as possible.

Before 2015, every boat which capsized while crossing to Europe had one Edo person on it