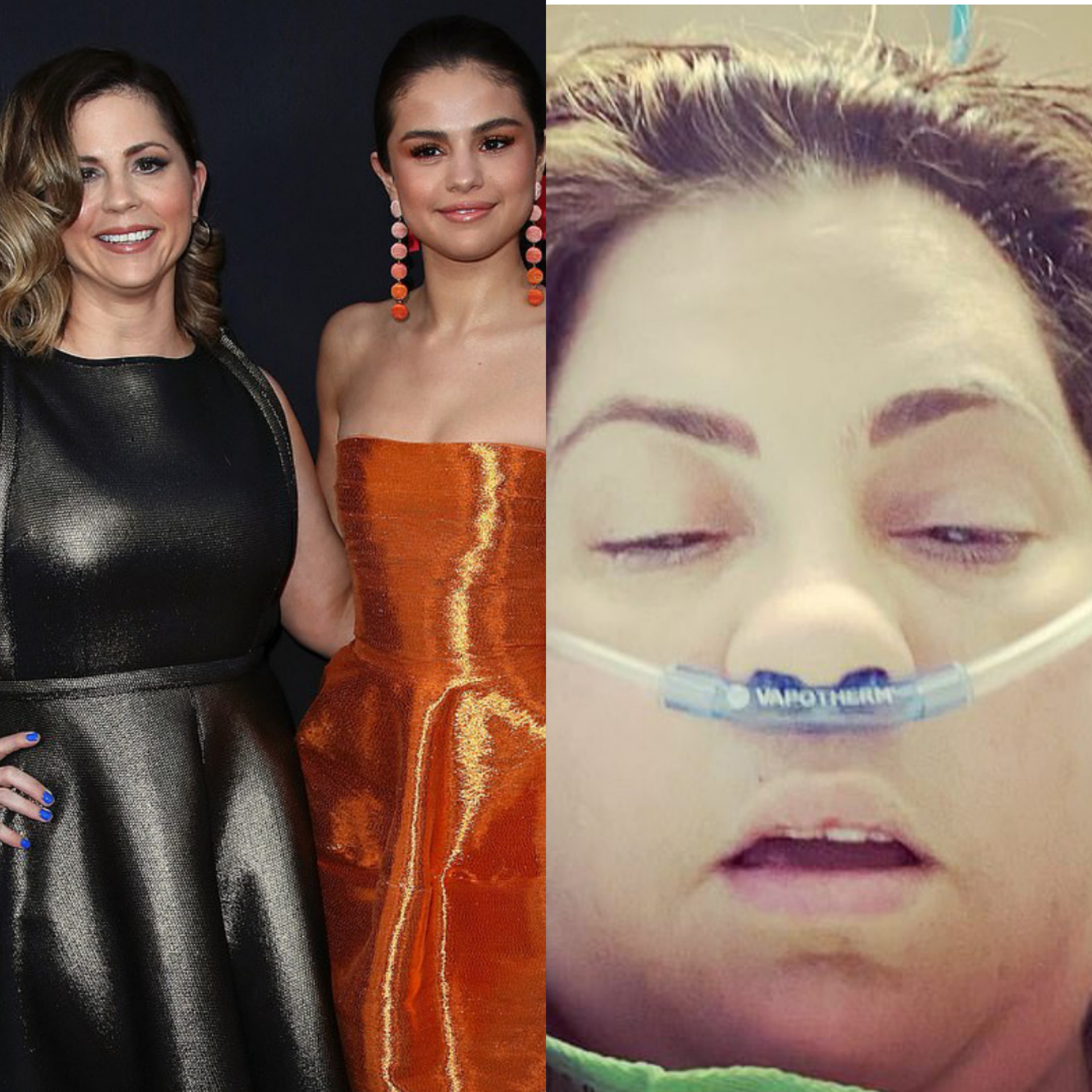 Singer and actress, Selena Gomez’s mom, Mandy Teefey, has opened up about her near-fatal battle with COVID-19 and double pneumonia.

Mandy aged 45, said she almost passed out during a recent photoshoot
even though she appeared to be all smiles as she posed alongside her daughter for the December issue of Entrepreneur Magazine.

The mom-of-two admitted that she actually almost lost consciousness during the shoot, due to the long-lasting damage her lungs have from COVID-19 infection.

Mandy said she caught the virus while she was recovering from double pneumonia, and at one point, her oxygen level was so low that she had to be rushed to the hospital.

According to her, she only had ‘half a lung’ left when she arrived hospital, and that doctors told her she might have died within days.

‘I almost passed out doing the shoot,’ she told People Magazine .

‘We had to break so many times, but all my friends and loved ones around me helped me get through it.

‘I was smiling and laughing most of the time because I was going to faint. Don’t judge how someone looks because you don’t know what’s underneath that picture.’

She recalled: ‘A week before I was going to get my first COVID shot, I got COVID. I was at home the whole time.

‘But when my fever broke, my oxygen went to 69, and I was rushed to the hospital.’

According to Mandy, her doctors were ‘pretty badgering’ and began to question why she hadn’t gotten the vaccine yet.

‘The first hospital was pretty badgering, like, “Why didn’t you get your shot?”‘ she continued.

‘I’m like, “I literally can’t breathe right now. Can we talk about this later? I will explain why.”‘

‘They said that had my body not responded as quickly as it did, I had two days [to live],’ she said.

‘They said, “We don’t know how you’ve been breathing this whole time.” I had, like, half a lung.

‘I made it through COVID and didn’t lose my taste or smell or anything, but it beat up my lungs pretty hardcore.’

‘It was definitely an experience, and it wasn’t scary until I got home. When I got home, I was like, “Wow, I may not have ever come back here.’ I was a lucky one,”‘ she explained.

Mandy and her daughter, Selena posed for the magazine alongside Newsette founder Daniella Pierson, in support of their new mental health company, Wondermind.

According to Mandy, her mental health issues began when she first became pregnant with Selena at 16.  She was misdiagnosed with bipolar disorder in her 20s. But in 2016, after taking too many sleeping pills one night, she decided to check herself into a rehab facility that’s when she discovered she had attention deficit hyperactivity disorder