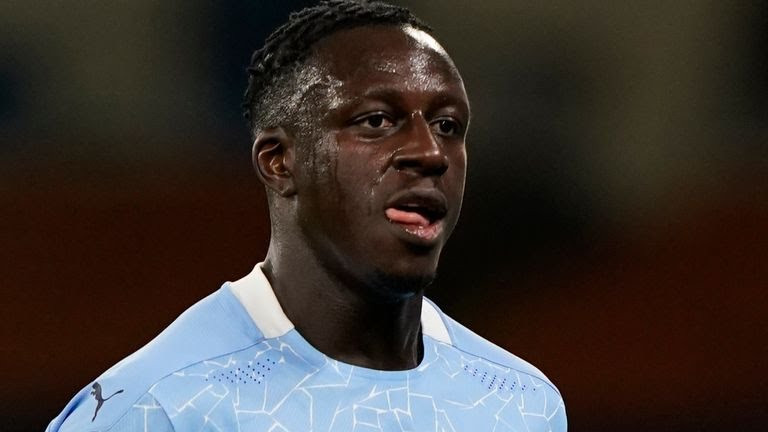 Man City defender Benjamin Mendy hit with another count of rape, his seventh so far

Manchester City defender Benjamin Mendy has been charged with a seventh count of rape.

Mendy, 27, has already been accused of a series of sex offences totaling seven but was charged last week with a further count of rape.

The charge wasn’t reported last week due to court restrictions caused by covid-19 restrictions, on Wednesday, December 22, the new charge was revealed.

On Wednesday Mendy appeared at Chester Crown Court for a hearing ahead of his trial next year.

The new rape charge comes from a new complainant and is alleged to have taken place in July this year.

Mendy is now accused of eight offences against five different women, including seven counts of rape relating to four women.

Mendy appeared  alongside his co-defendant Louis Saha Matturie of Eccles, Greater Manchester (pictured below) who is also accused of serious sex offences against young women.

Mendy who plays for France, has been in police custody since his arrest on August 26 and hasn’t played for Manchester city since then.

It’s anti-Islam. Such contest teaches girls not to be shy and reserved — Kano Hisbah to invite Shatu Garko’s parents following her participation in Miss Nigeria