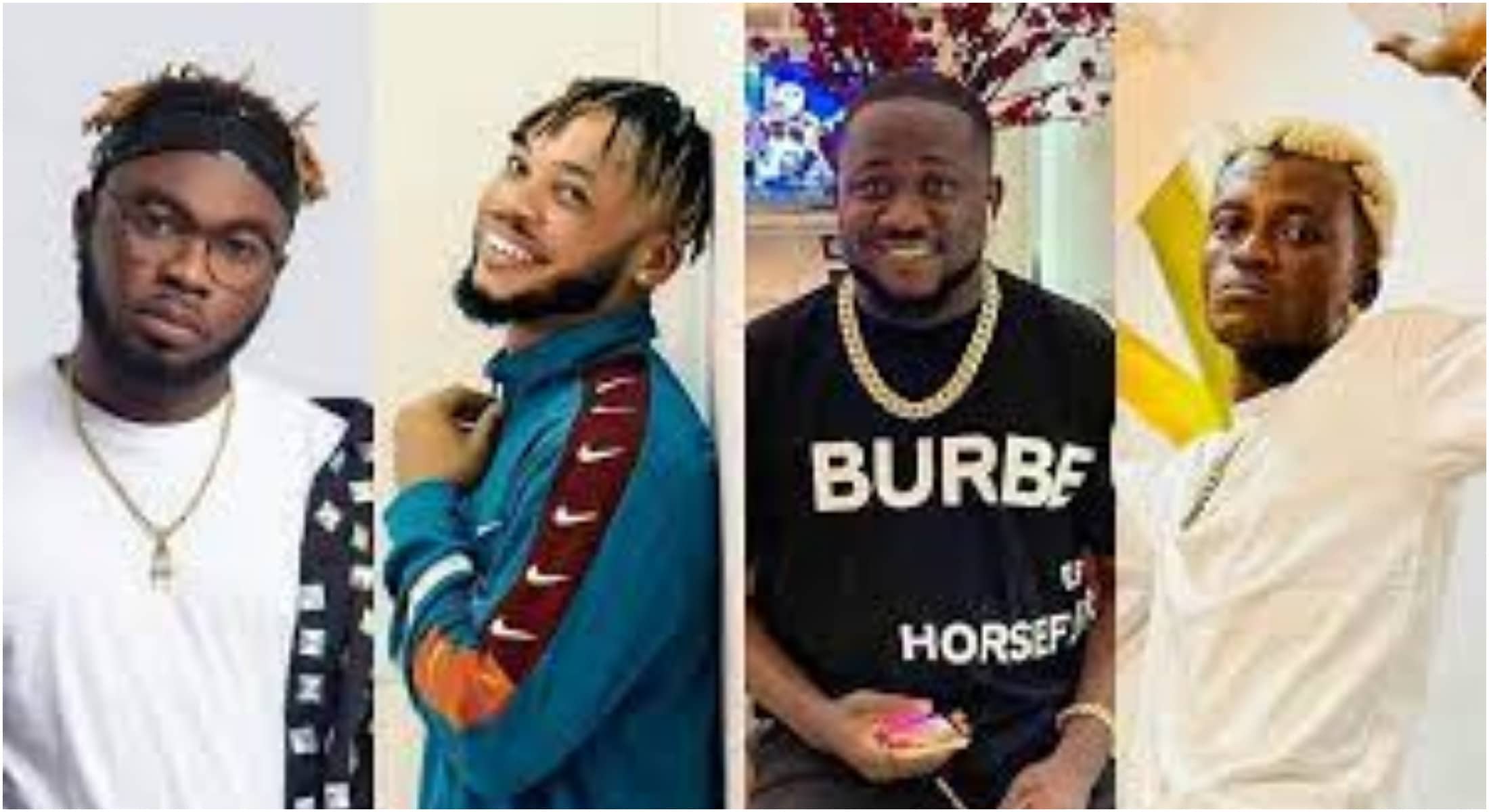 Kemi Filani News recalls that  in an Instagram post on Tuesday,  the Zazuu crooner shared a video, claiming that Pocolee took some of the money Wizkid sprayed him during his performance with Olamide at the Livespot X event headlined by Wizkid on Sunday, December 19.

Wizkid had sprayed Portable while he was performing with Olamide and Pocolee during the concert.

In a trending video , popular show promoter Kogbadi who was alongside Pocolee instrumental to Olamide discovering Portable, sent the singer packing from his house.Kogbadi tagged the budding singer as being unprofessional.

In a new development, Slimcase pleaded with Kogbadi and Pocolee to forgive the young singer.

He said: “God has used you to start this in the life of Portable please complete what you have started. Please forgive him, don’t let him go like that. If a child falls to the ground and rubs his cloth on the ground, parents will not send such a child packing because of that”.

Some fans also took to the comment section to plead with the duo to forgive the singer.

@Ewatomilola: Make una forgive the guy… @kogbagidi that’s if you guys are not doing publicity stunt ooo, this thing fit be him village people wey no want am to blow

@Ifeluv2424: After they have forgiven him, he should please remove those rings like wtf

AFCON 2021: I will play for Nigeria if called upon – Osimhen confirms