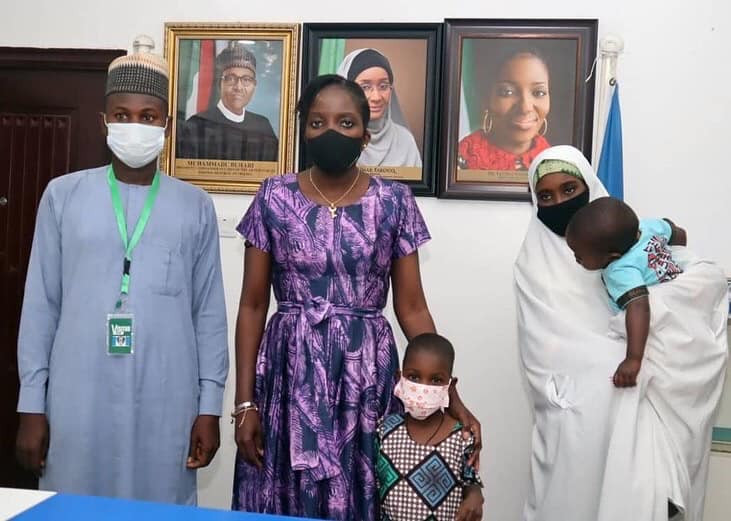 The National Agency for the Prohibition of Traffic in Persons (NAPTIP) has reunited a 5-year-old victim of human trafficking with her family after three years apart.

The agency in a statement on Tuesday, December 21, said that the child was abducted from Gombe state in 2018, taken to Anambra state and sold under the guise of adoption.

The parents frantically searched for the little girl without any luck. Eventually, the parents reported the case to NAPTIP as the Agency swung into action with the Department of State Security (DSS) and was able to trace the abductor and in the process rescued other children and arrested other suspects.

Handing over the child to the very happy parents, the DG of NAPTIP, Dr. Fatima Waziri-Azi,  applauded the efforts of the father as he didn’t relent in his search for his daughter.

It’s anti-Islam. Such contest teaches girls not to be shy and reserved — Kano Hisbah to invite Shatu Garko’s parents following her participation in Miss Nigeria