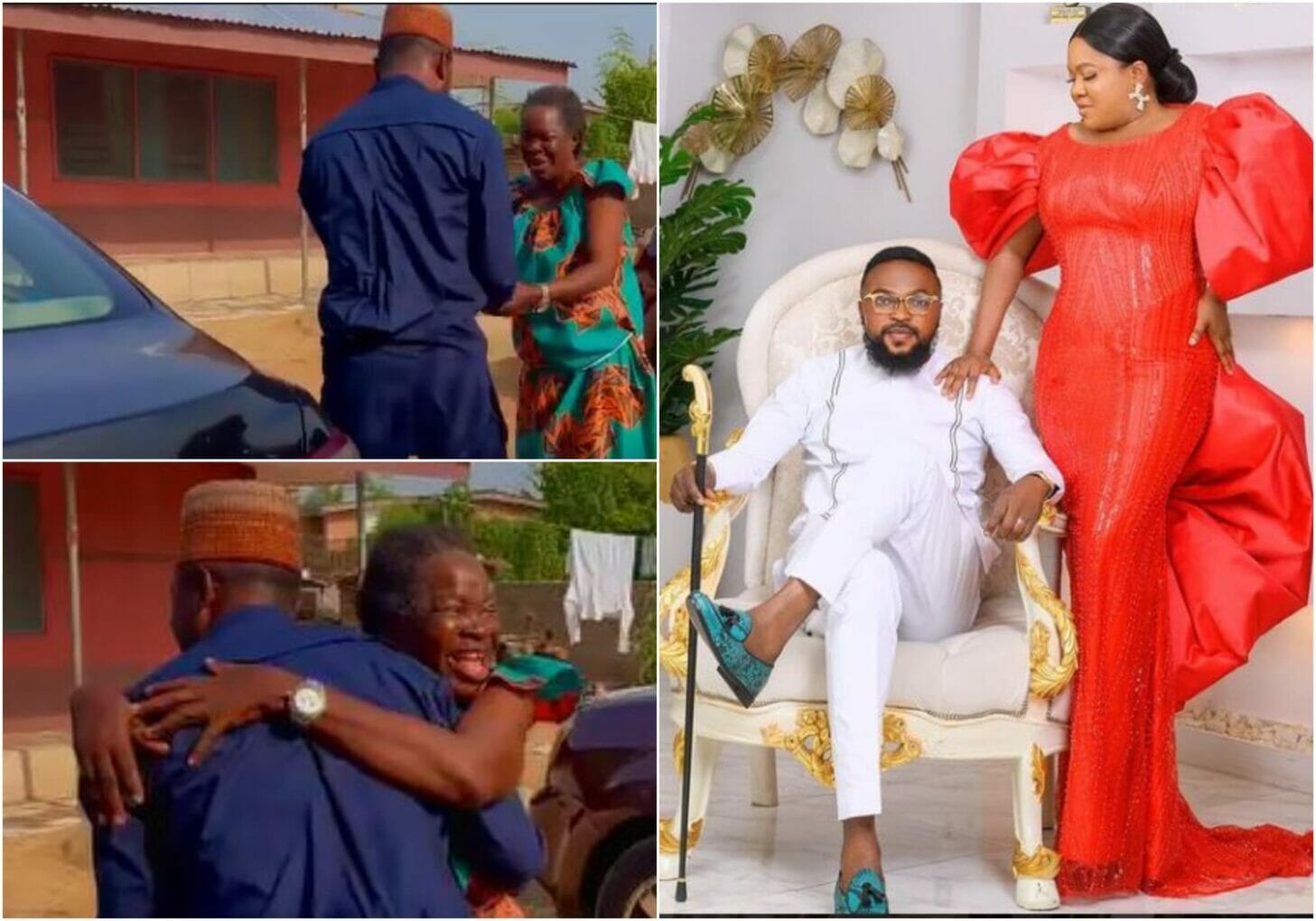 Nollywood actor Kolawole Ajeyemi and husband to actress Toyin Abraham has caused a stir on social media with the car gift to his mother-in-law.

Kolawole took to his Instagram page to share a video of Toyin’s mother embracing him and expressing appreciation for the thoughtful gift.

Toyin Abraham’s husband noted that his mother-in-law is an essential part of their lives, and they love her so much.

Kolawole Ajeyemi added that Toyin’s mother is not just his mother-in-law but a mother to him.

However, the kind gestures have generated mixed reactions online, with many claiming that Toyin Abraham had bought the car but allowed his husband to present the gift and take credit for it.

Some netizens also pointed out the nature of the house that Toyin Abraham’s mother is living stating that renovation of the house or new home is needed than a car.

miisola_xx wrote: He should renovate house for her or what when no be say she no born the car he bought is okay as a gift let her children renovate her house pple ehn chaii

0lanla wrote: See where. Mama dey live. Instead of you to get her good apartment,

randomfindsbox wrote: I hope she dint gift her mum and ask him to take credit … it’s something I will do o