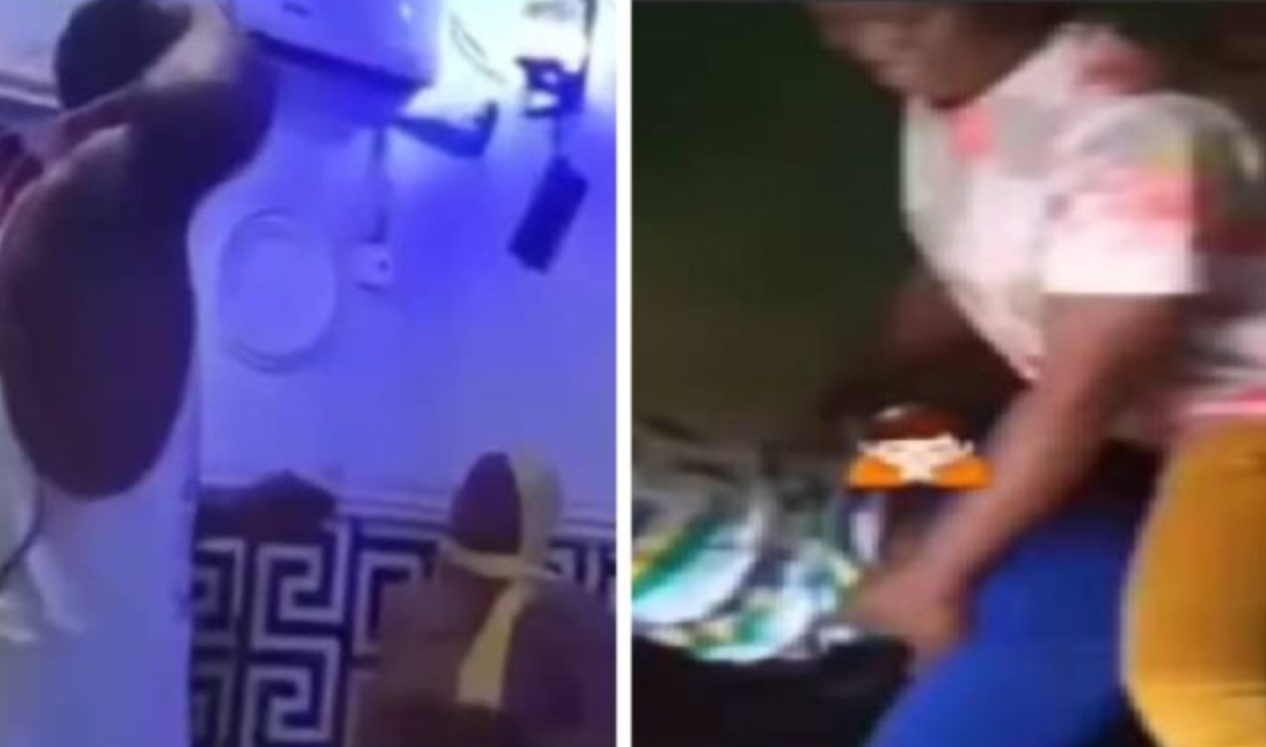 A young girl has landed in trouble after giving a doggy sex style tutorial and baring her boobs in a viral video.

The young lady who is said to be living in Gushegu in the Northern part of Ghana, was seen in the video with a friend who helped her out during the tutorial.

Shortly after the video went viral, she was seen in another video being flogged by a relative for indulging in such an act publicly.

As the lady was being beaten by the man, she pleaded for mercy but this fell on deaf ears as the alleged relative continued flogging her.

Buhari is retiring to Kaduna