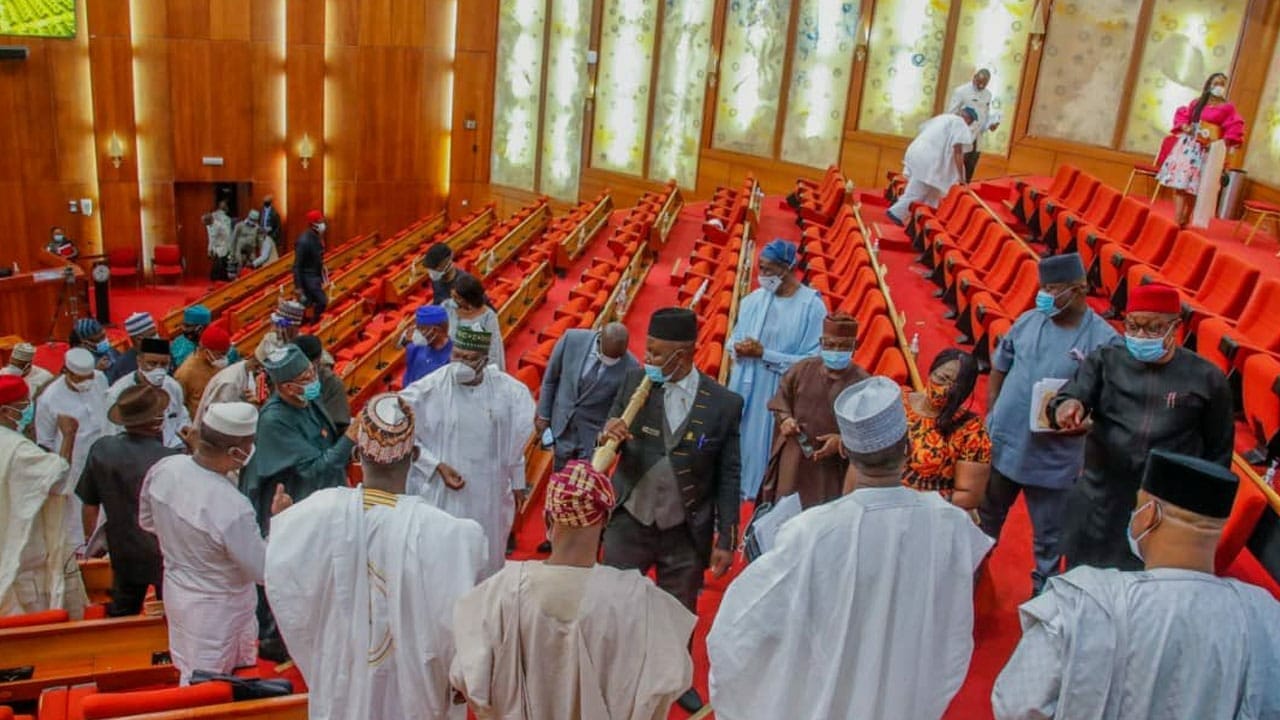 National Assembly members may be set to override President Muhammadu Buhari over the Electoral Bill.

Buhari has refused to sign the bill into law citing insecurity among other issues.

Yesterday, the Senate held a closed-door session after Buhari declined assent to the bill. The session lasted 37 minutes.

Apparently, the closed-door session convened by the Senate President, Ahmad Lawan, was aimed at calming frayed nerves among a section of the lawmakers dissatisfied with the President’s position on the bill.

During the highly anticipated plenary, the lawmakers discussed President Buhari’s letter to them in which he explained his refusal to sign the bill. After the closed-door session, Senate President Ahmad Lawan said President Buhari reached the decision having received strong advice and carefully reviewed the bill and in light of present realities.

In an atmosphere of suspense, senators listened attentively as the correspondence by President Buhari on why he refused to assent to the bill was read. There was pin-drop silence as the Senate President Ahmad Lawan reeled out the reasons why President Buhari was opposed to the proposed legislation.

Direct primary, Buhari’s letter read, will have serious adverse legal and financial consequences, which cannot be accommodated just as the clause will have implications on the right of citizens to take part in governance.

Buhari further argued that the conduct of direct primaries by parties would lead to a significant spike in the cost of conducting elections. This, he maintained, will mean a huge financial burden on political parties and the Independent National Electoral Commission (INEC).

He added that amending the bill to only accommodate direct primary will stifle smaller parties, and thus not healthy for multi-party democracy. According to him, this will throw up security challenges and it will overstretch security agents because of the large turnout of party members who will vote in direct primary.

President Buhari added that the proposed amendment will give rise to a plethora of litigation, stating that he is constrained to withhold assent to the bill on the premise of all the points noted above. Political parties, he said, should be able to decide how to choose candidates for elections.

“I hereby signify to the National Assembly that I am constrained to withhold assent to the bill in line with section 58 (1) of the 1999 Constitution,” the President wrote.

But the development did not go well with some lawmakers, prompting the Senate to go into another closed-door session. This was after Senator George Sekibo requested that the house should go into a closed-door session to discuss Buhari’s letter and take a decision on it.

When the closed-door session ended, the Senate adjourned sitting to today, meaning they are not going on recess yet as planned.