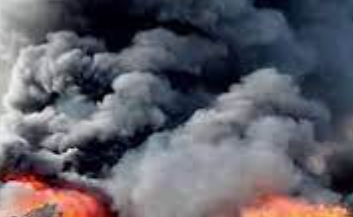 No fewer than at least four persons have died after three explosions rocked Maiduguri the Borno State Capital on Thursday morning, December 23.

The blasts happened a few hours before President Buhari is scheduled to visit the state. The explosions occurred in three different locations – Bulumkutu, Ajilari Cross and Ayaje.

There were casualties recorded in Ayaje and Bulumkutu, however, no information has been obtained from Ajilari.

The President is scheduled to commission an edifice donated by Mohammed Indimi to the University of Maiduguri. He is also expected to commission some projects executed by the Borno State Government.

48 traders rescued after they were abducted by bandits in Kaduna

“Not sure I can do this earth thing anymore. I ‘m tired”