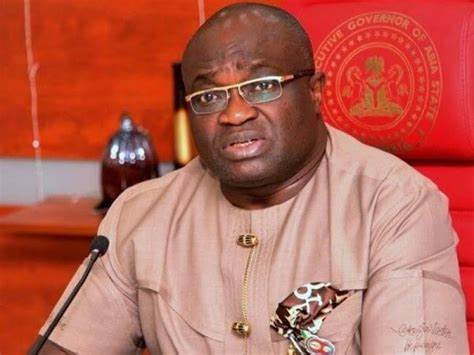 The Governor in a statement released by Secretary to the State Government, Barr Chris Ezem in the early hours of Thursday December 23, also announced that “all LG Waste Management Zonal Heads in Aba except Aba-Owerri Road, Ikot Ekpene Road and Express” have been dissolved.

The statement added “all sweepers in these areas are not affected and should continue the discharge their daily duties of keeping the roads clean”.

The State Commissioner for Environment, Sam Nwogu has been directed to take over and oversee waste management in the zones. Ikpeazu also mandated the commissioner to “immediately advertise for the engagement of professional waste managers to handle the various zones.”

The Governor also warned that “Government will henceforth, not condone any lapses in waste management in Aba and Umuahia, and immediately expect immediate evacuation of all residual wastes in all locations around the cities of Aba and Umuahia without any delay”.

This is coming after ASEPA General Manager, Hon. Eze Okwulehie was sacked after he told a radio station that all requests made by the agency to deploy its duties effectively were not honoured by the relevant financial authorities in the state.