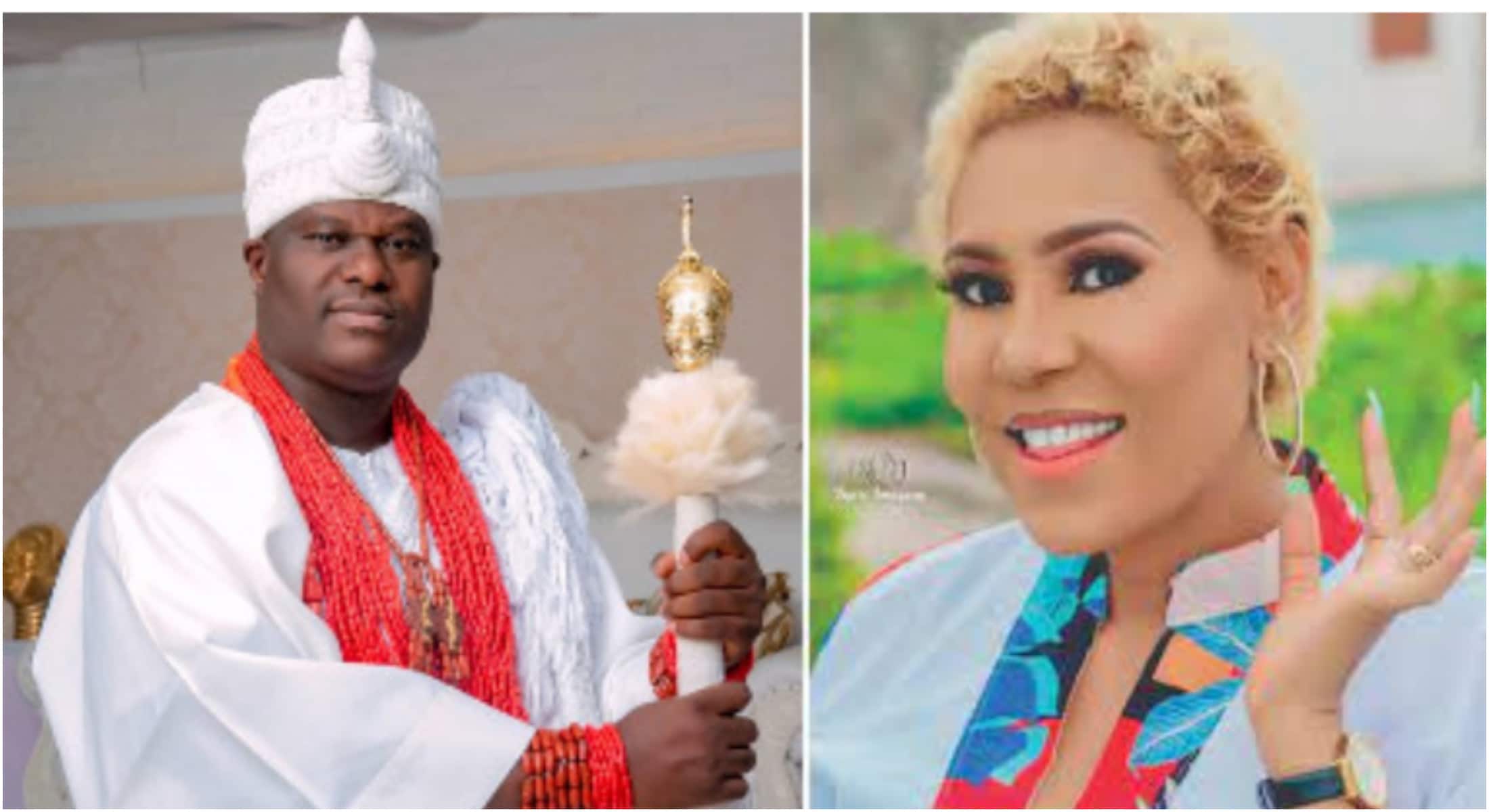 ‘Him go reach us laslas’-Shan George, others react over Queen Naomi’s divorce from Ooni of Ife

Nigerians have continued to react to her Majesty Queen Silekunola Naomi announcing her divorce from the Ooni of Ife Oba Adeyeye Ogunwusi Ojaja II.

In a statement posted on her verified Instagram handle on Thursday, the ex-Queen announced an end to the three-year marriage.

She wrote in parts: “I did my best to endure and make it work; many times, I smiled through the struggle, but I have finally realized I had just one assignment, my son, and when God is done, He is done. He chose Saul to be king, and when He was done, He told the prophet Samuel I have moved on. Religion was never an issue between us; please refer to my interview on News Central TV. Instead, His Majesty has a picture he would love the world to see and perceive him as and another one which is his true self.”

In her reaction, Nollywood actress Shan George wrote in the comment section: “Him go reach us las las, fine man”.

@Mz-barbss: This is the third wife leaving.. What exactly is the problem?

@Iamsylviaa added: Haaa. How many queens don leave this Oni. He is definitely the problem.