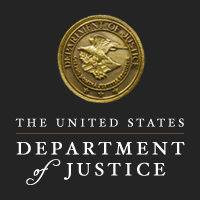 The 35-year-old who lives at Hyattsville, Maryland listed an At-Home care patient’s address to receive fraudulently obtained unemployment funds and also participated in an Elder Fraud Scheme that scammed 13 victims.

“This office will prosecute anyone misusing this pandemic crisis to line their own pockets. Akinyemi not only took fraudulent advantage of a nursing care patient, a national health crisis, and an employment crisis, but he also caused significant financial harm to 13 elderly victims.” said U.S. Attorney for the District of Maryland Erek L. Barron.

According to his guilty plea, from July 10, 2018 to April 29, 2019, Akinyemi and at least one co-conspirator conspired to engage in a social media based elder fraud scheme. Members of the conspiracy targeted elderly victims on social media platforms, impersonating accounts of the victim’s friends in order to vouch for their fraudulent financial scheme and convince the victim to send money in hopes of receiving a financial reward.

Within the scheme to defraud, the conspiracy members presented themselves as agents of real and fictitious government programs that offered supposed financial benefits to qualifying individuals.

Once the victims demonstrated interest, other members of the conspiracy utilized a new account or persona to represent themselves as an agent of an agency or community fund.

The victim was then instructed to send money in a mail service system to the agency for “taxes and fees.” Believing that they would receive a financial reward, the victims sent cash, money orders, gift cards, and other valuable items through mail services to Akinyemi as well as other members of the conspiracy in order to obtain a financial reward. Akinyemi received packages under the aliases of Paddy Linkin,” “Flex,” “Joseph Kadin,” and “Anna Marcos,” in addition to other aliases. After receiving the fraudulently obtained funds, Akinyemi delivered the fraudulently obtained cash to co-conspirators in Nigeria.

Victim 1, who was 78 years old and lived in Texas, received an application via social media to apply to a purported federal government grant program. The application was accompanied by a message from a person whom Victim 1 believed was a friend, vouching for the program.

One of these certificates was a “Certificate of Completion” bearing the Internal Revenue Service seal, stating that it was from the “Federal and State Tax Institutes.” Victim 1 also received a certificate with a U.S. flag on it with the words “Federal Grants” next to it which included Victim 1’s full name and the text: “Federal Government Grants for the sum of $5,000,000.” After receiving these certificates, Victim 1 continued to send money to Akinyemi and other members of the conspiracy. In total, Victim 1 sent between approximately $70,000 to $80,000 to Akinyemi.

Victim 2, who was 71 years old and lived in Indiana, received a message from someone they believed to be a high school friend regarding a “Strengthening Community Fund.” In reality, a member of the conspiracy was posing as the victim’s high school friend. Ultimately, the conspiracy member told Victim 2 that they received money from the fund in the recent past and that there were different amounts for which a person could apply. The member of the conspiracy then provided Victim 2 with the contact information for a fictitious agent representing the “Fund.”

Victim 3, who was 69 years old, sent $9,720 to Akinyemi based on instructions from a member of the conspiracy. Victim 3 received a check in the mail for $9,770 that she was instructed to cash.

The victim then deposited the check into her bank account and subsequently sent the funds to Akinyemi’s Landover Residence, as instructed. The check sent to Victim 3 was issued by Company 1 located in Tacoma, Washington. Company 1 was the victim of a fraud scheme that caused several unauthorized fraudulent checks to be generated and issued on behalf of Company 1.

Law enforcement’s subsequent review of Akinyemi’s phone revealed communications of Akinyemi discussing receipt of these funds from Company 1 through Victim 3. The chat conversation contained Akinyemi’s Landover Residence, his alias (“Paddy Linkin”), a mail service tracking number, and a dollar amount. Akinyemi and the co-conspirator also discussed the percentage of the proceeds that Akinyemi would take as part of his participation in the conspiracy.

During an interview with law enforcement on April 15, 2019, Akinyemi confirmed that he had received packages from victims throughout the country, detailed the scheme to defraud, and informed investigators that individuals in Nigeria were responsible for soliciting the victims to send money to him. Further, Akinyemi stated that he received approximately $80,000 in the mail in the year prior to his interview.

As part of the scheme to defraud elder victims, Akinyemi and his co-conspirators defrauded at least 13 victims, caused significant financial hardship to victims, and caused a loss of at least $478,145.07.

In an unrelated scheme, Akinyemi and other co-conspirators illegally obtained unemployment and COVID-19 related benefits by filing fraudulent unemployment claims under the names of living and deceased victims.

Throughout the scheme, Akinyemi and his co-conspirators used his Landover, Maryland residence as the mailing address for the fraudulent unemployment insurance debit cards.  Additionally, the conspiracy listed the home address of a Washington D.C. client whom Akinyemi provided at-home nursing care in order to receive the fraudulently obtained funds in the mail.

As stated in his plea agreement, 10 Maryland Pandemic Unemployment Assistance (“PUA”) claims were filed with the state of Maryland totaling an intended loss of more than $170,000.

In total, Akinyemi and his co-conspirators used the identities of 19 real individuals to file fraudulent unemployment insurance and PUA claims, caused an actual loss of more than $7,000, and projected an intended loss of $250,000 in state and federal benefits.

Akinyemi faces maximum 20 years in federal prison for each count of mail fraud followed by up to three years of supervised release. U.S. District Judge Theodore D. Chuang has scheduled sentencing for April 11, 2022 at 11 a.m.

On May 17, 2021, the Attorney General established the COVID-19 Fraud Enforcement Task Force to marshal the resources of the Department of Justice in partnership with agencies across government to enhance efforts to combat and prevent pandemic-related fraud.

The Task Force bolsters efforts to investigate and prosecute the most culpable domestic and international criminal actors and assists agencies tasked with administering relief programs to prevent fraud by, among other methods, augmenting and incorporating existing coordination mechanisms, identifying resources and techniques to uncover fraudulent actors and their schemes, and sharing and harnessing information and insights gained from prior enforcement efforts.

Dad, 31, accused of murdering teenage girl after meeting her at Christmas party