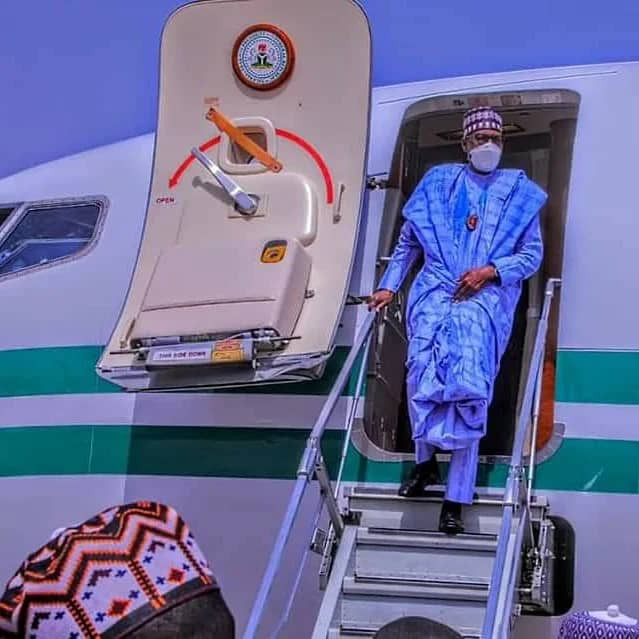 There were speculations that the visit might be canceled after three bombs rocked the city just a few hours before the president’s arrival.

Jeff Bezos and girlfriend Lauren Sanchez can’t keep their hands off each other as they vacation in St. Barts

“How many wives within four years?” Ooni of Ife mocked after being dumped by Queen Seyi Naomi