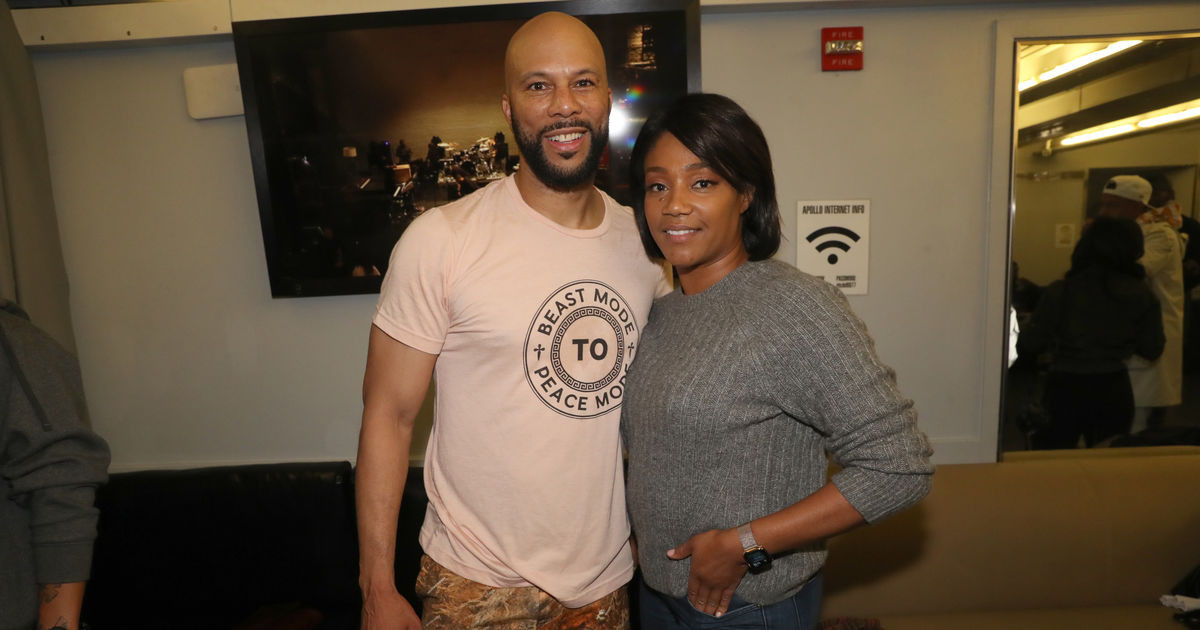 Tiffany Haddish ‘disappointed’ by Common’s comments about their breakup

Actress and show host, Tiffany Haddish has said that she is ‘disappointed’ by rapper Common’s comments about their breakup.

42-year-old Haddish in an interview on Fox Soul’s “Hollywood Unlocked Uncensored with Jason Lee”, said she was “disappointed” by the 49-year-old rapper’s public comments about their split, as they didn’t align with what he had told her in private.

When Lee pointed out that the “John Wick: Chapter 2” actor appears to be the common denominator in his failed relationships with women which include his exes Taraji P. Henson and Serena Williams, Haddish agreed.

“I don’t know. I wish him nothing but joy and happiness, you know. He will always be cool.”

The “Girls Trip” star admitted she was “fine” with the relationship ending because she’s being presented with “a new opportunity.”

“I miss him. I miss him from time to time, but that’s with, I think, any intimate relationship that you might have. You miss them.

When asked whether she would date another famous man, Haddish quipped, “I would f–k one.

Common had said on the same podcast earlier this month, that he and the actress broke up in November because their busy schedules prevented them from “feeding the relationship,” but he noted they both “cherished and valued” their time together.

“We had a real healthy and loving relationship. It was probably the most mature relationship I’ve been in.

“The communication, the respect, just all around, man.”

Ultimately, Common said that the two “came to the understanding” mutually “that this is what’s gonna be best for us, to still continue to love each other and be there for each other but to not be in a romantic relationship, because we won’t be able to give to that.” “I don’t want to be one foot in, one foot out,” he explained.

US lawmaker, Madison Cawthorn and wife divorcing after 8 months of marriage