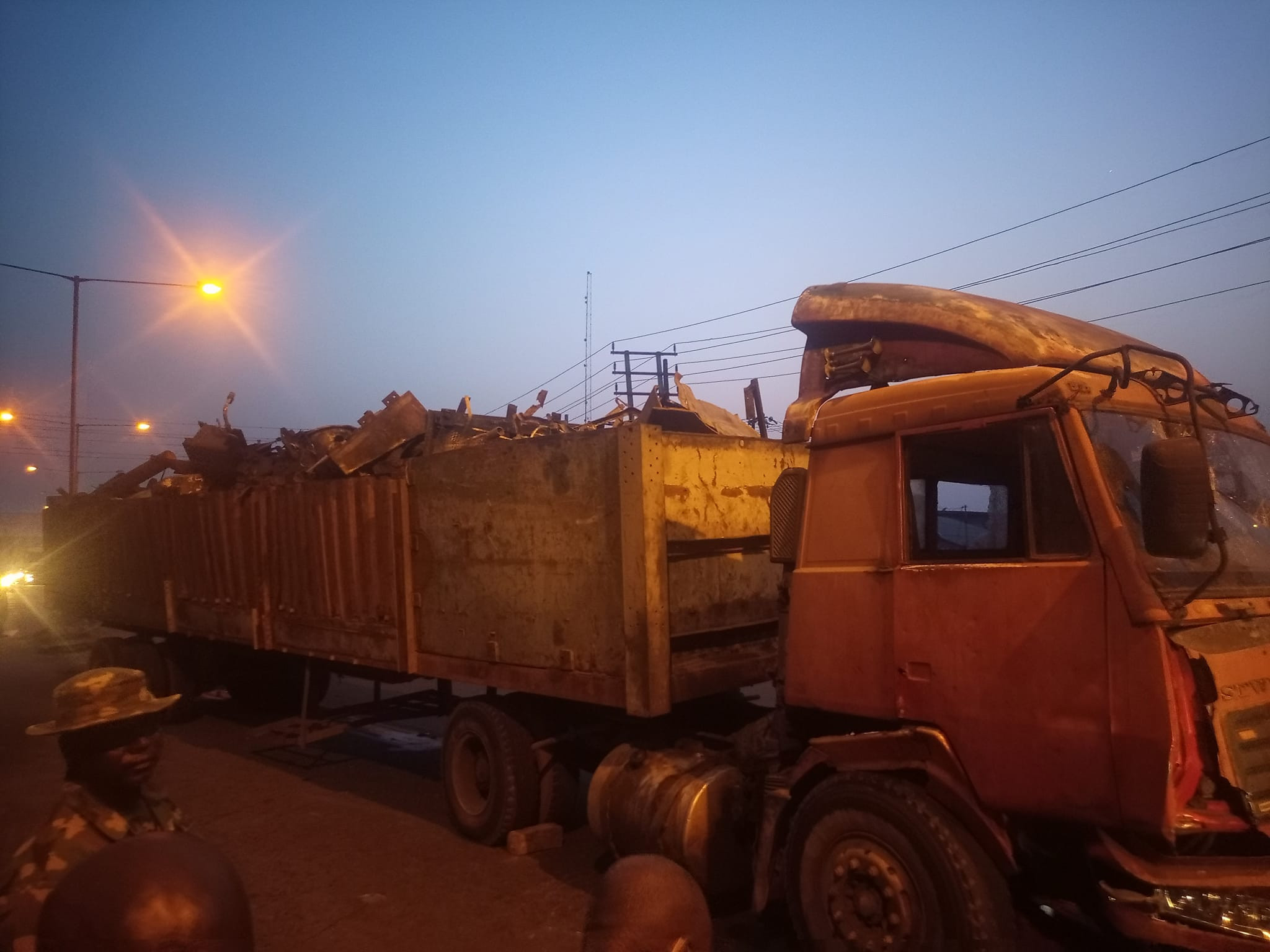 Truck crushes female traffic warden to death in Calabar; colleague falls off van and dies while conveying the corpse to hospital (videos)

A female police traffic warden has been crushed to death by a truck in Calabar, the Cross River State.

In the first accident, the traffic warden, who was a mother of triplets identified simply as Obasse, was crushed to death at her duty post when a haulage truck, loaded with scrapped metals, lost control at the Wapi junction by Mutala Muhammed Highway.

According to The Nation, the second accident occurred when the remains of the woman was being conveyed to a hospital.

One of the police officers, who was in the back of a van conveying the victim to the hospital, fell off and hit his head on the road and died instantly.

Spokesperson of the State Police Command, Irene Ugbe, described the incident as unfortunate and a huge loss to the Command.

She said the driver of the haulage truck was at large but the truck has been impounded and the company contacted.

An eyewitness said the truck with registration number NEPZA CR 576 FTZ is owned by a company inside the Calabar Free Trade Zone.