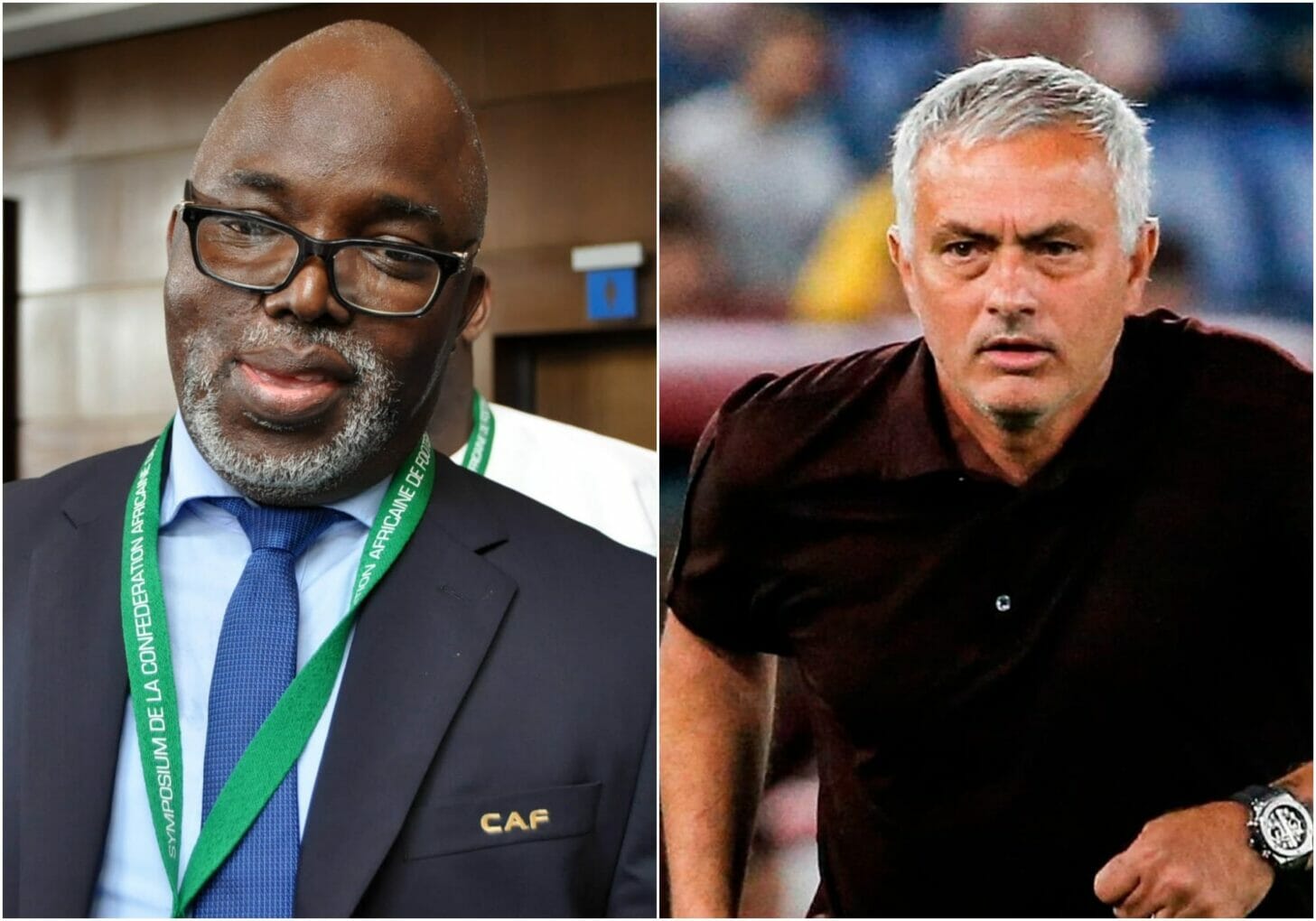 We met with Mourinho over Rohr’s replacement – Pinnick reveals

Amaju Pinnick, the president of the Nigeria Football Federation (NFF), has admitted they held talks with current Roma manager, Jose Mourinho, as they search for Gernot Rohr’s replacement.

Pinnick confirmed this during a media parley with reporters in Lagos on Wednesday.

He also said the national team would get a new coach “within the next week or so”.

Austin Eguavoen was appointed on an interim basis, after Gernot Rohr was sacked earlier this month.

But the federation is in advanced negotiations for a permanent replacement for Rohr.

“We have spoken to three top coaches. Peseiro, whose name has been going around, is one of them and I can tell you he is a top coach.

“We also talked to Mladen (Krstajic). But after talking to him, he got a job with a top club in Israel with Maccabi Tel Aviv.

“They are coaches who the players cannot be bigger than. I believe we are doing everything we can and that’s why we interface with the ministry on every level.

“Of course Mourinho, I am not going to tell you we didn’t talk to Mourinho because we did and the (sports) minister also talked to Mourinho and there is nothing wrong with it,” Pinnick said.