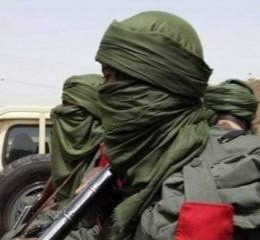 According to the wife of the victim, the incident occurred around 5:42pm on Thursday, Dec. 23.

Armed bandits numbering about 10 invaded the farm of Chief Obafemi, opposite Ayo Daramola Secondary School, in the community a few kilometers away from Ado-Ekiti.

The victim was working on his farm at the time the gunmen arrived and bundled him away to an unknown destination.

“They did not come with vehicle or motorcycle, but they shot sporadically into the air before whisking him away,” the victim’s wife said.

Meanwhile, the Amotekun security outfit has launched a manhunt for the fleeing abductors.