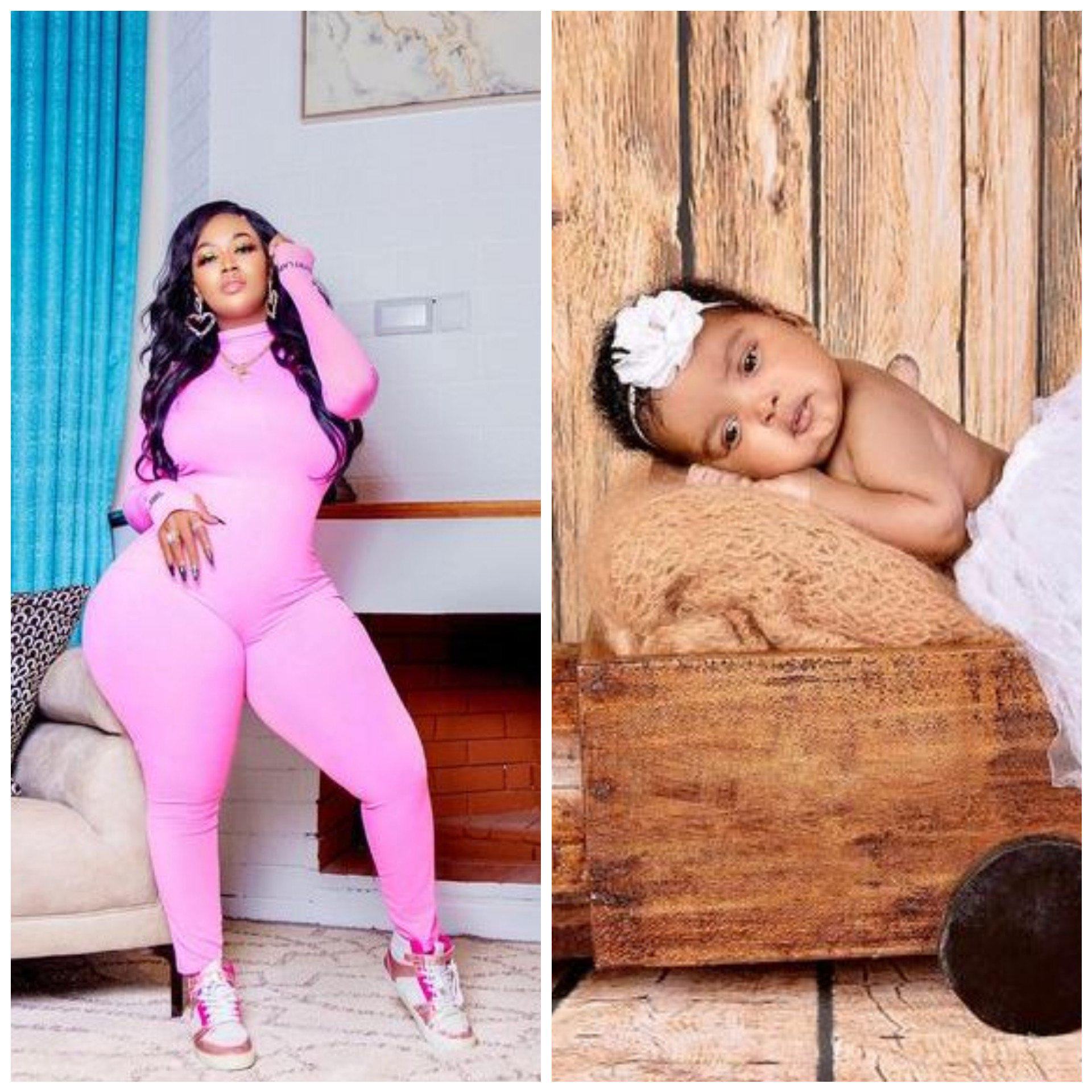 I pray my daughter never gets to do fake nails, lashes, wigs in future

Kenyan socialite, Vera Sidika has prayed that her daughter, Princess Asia Brown, doesn’t get to wear fake nails, lashes and wigs in future.

Vera was said to have spent thousands of dollars on skin lightening, cosmetic surgery and wears expensive wigs, fake lashes and artificial nails.

The entrepreneur on Friday, shared a series of posts on her Insta stories gushing over her her two-month-old daughter’s curly hair.

“I pray she never gets to do fake nails, lashes, wigs, etc in future. She is just too perfect the way she is,” she wrote.

Vera also said she was surprised when she saw her daughter’s curly hair moments after giving birth.

“First thing that shook me when I gave birth to her was her hair! It was full and very curly. The nurses at the hospital were all wowed,” she added.