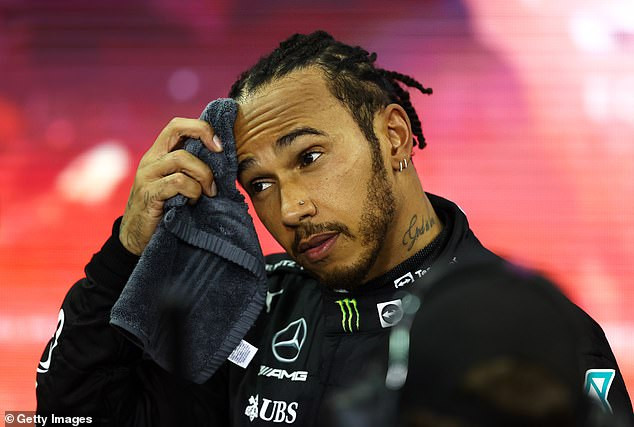 Seven time formula one world champion,  Lewis Hamilton has unfollowed everybody on Instagram as reports emerged the Mercedes star is disillusioned following the dramatic Formula One loss to Max Verstappen this month.

Hamilton, 36, was controversially pipped to the world championship by Max Verstappen, 24, on the final lap of a thrilling race in Abu Dhabi, with the role of FIA chief Michael Masi heavily criticised by fans and pundits.

The seven-time world champion was gracious in defeat but has since remained silent on the subject of that race and his Formula One future.

If Hamilton had won he would have surpassed the Formula one titles won by racing legend, Michael Schumacher.

Mercedes chief Toto Wolff amplified concerns this week after revealing that Hamilton was ‘disillusioned’ after Abu Dhabi, and the pair snubbed the FIA’s end of season award ceremony last week.

Now Hamilton has raised eyebrows after appearing to unfollow everyone he used to follow on his Instagram page of 26million followers.