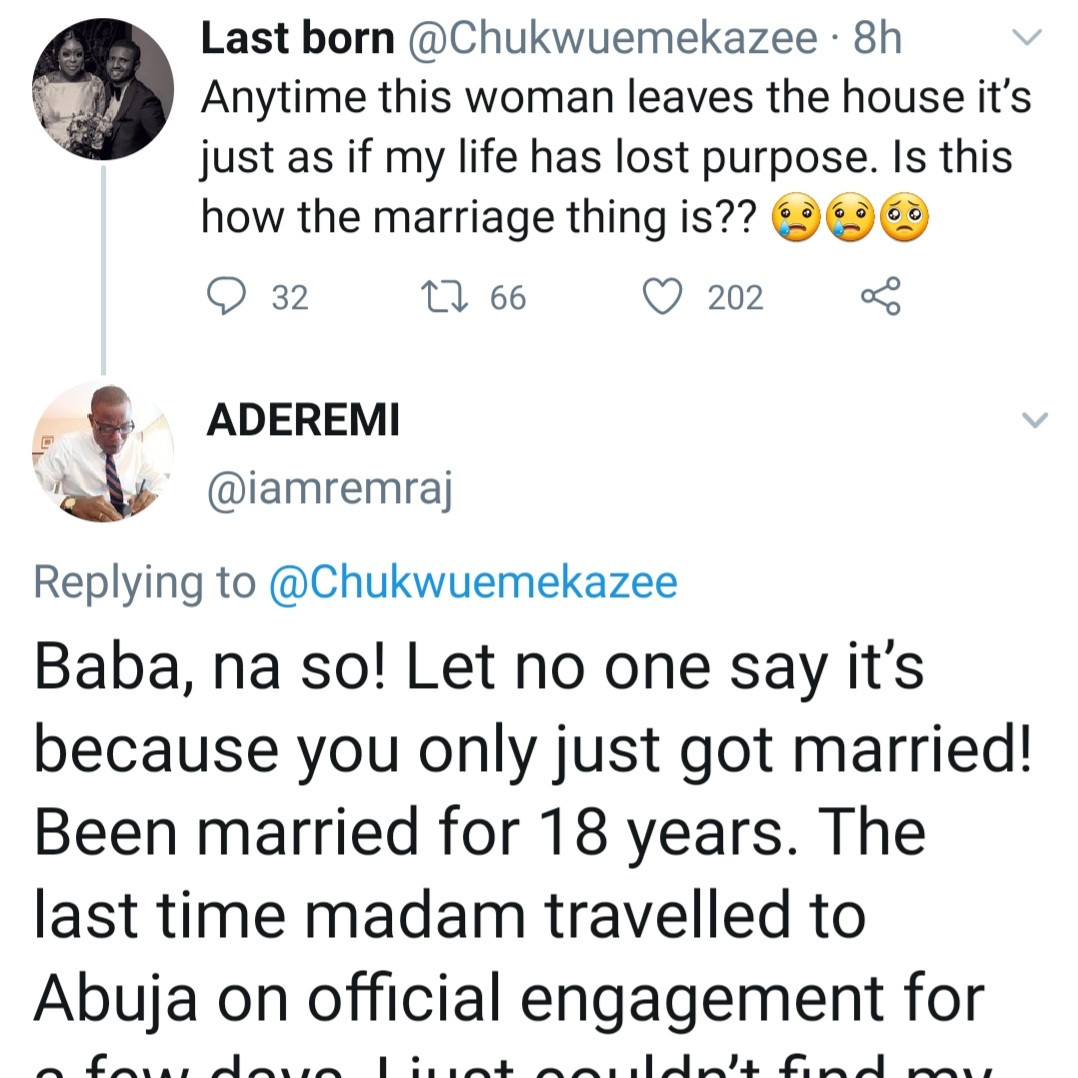 Married men reveal the beautiful side of their marriage

A number of married men have taken to Twitter to share how colorless their lives are without their wives.

It began after one man revealed that whenever his wife leaves home, it feels “just as if my life has lost purpose.”

Another man responded, saying he’s been married for 18 years, yet he couldn’t find his “bearing” when his wife travelled.

A third man revealed that he’s currently feeling the same way after his family traveled for Christmas.

Read their tweets below.

I was once worked in an internet café, M.I recounts story of struggles, setbacks

I am not big on ‘you must born boy’