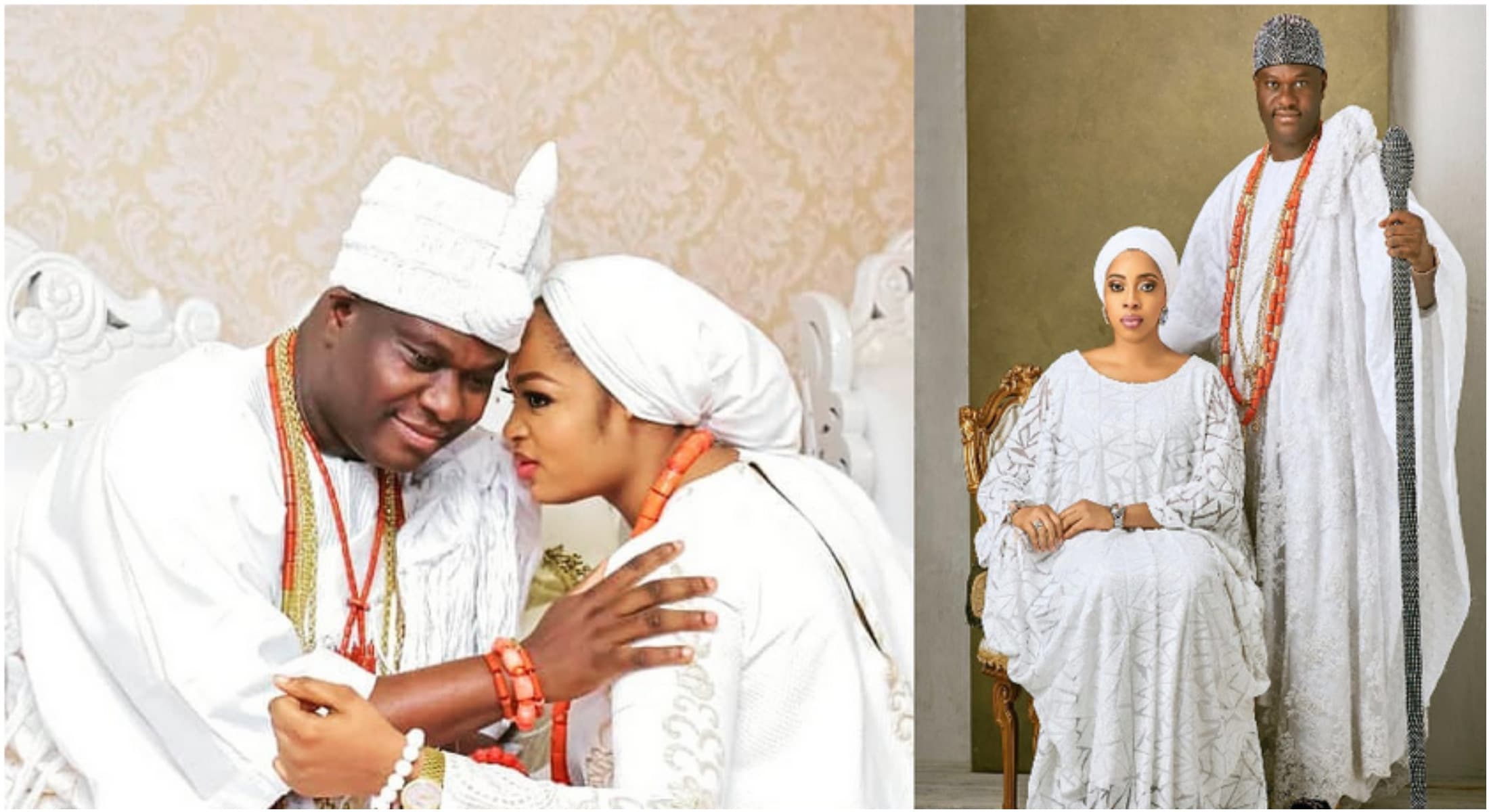 Revealed : All you should know about women linked to Ooni of ife

Countless Nigerians were shocked earlier today when Olori  Silekunola Naomi announced her separation from the Ooni of Ife Oba Adeyeye Ogunwusi on Thursday after three years of marriage.

Unknown to many, this is the third failed marriage of the revered Yoruba monarch.

Kemi Filani News gathered that Oba Ogunwusi was previously married to Adebukola Bombata in 2008, years before he ascended the throne in 2015.

It was also gathered that he had a short-lived teenage romance with Omolara Olatunbosun who bore a child, Adeola Anuoluwapo, for him in 1994.

In the same vein, his marriage to Zaynab Wuraola Otiti, a Bini princess, in March 2016 crashed due to irreconcilable differences.

Asides this three known women, amazingly there are other women in the background.

A certain Princess Ronke Ademiluyi met the Ooni long before he became king in 2015.

The London-born lawyer is the creator of the AFWN & AFWL fashion franchises. She is the granddaughter of the late Oba Ademiluyi Ajagun who reigned just before Oba Adesoji Aderemi came on the throne in 1930.

The king’s relationship with Ashley is alleged to be the actual reason his marriage with Olori Silekunola crashed.

In the same vein, Princesses Temitope Adesegun and Kemi Fadojutimi also belong to the league of women linked to the Ooni

Adesegun used to work as the personal assistant to the secretary of Lagos State Government during the Fashola administration. Based in Lagos, she is the director of Hope Alive Initiative poverty alleviation advocacy that is powered by the House of Odua inspired by the Ooni.

Fadojutimi, however, is the CEO of All Eyes on Africa Media.

Super Eagles finish 2021 as 36th best team in the world