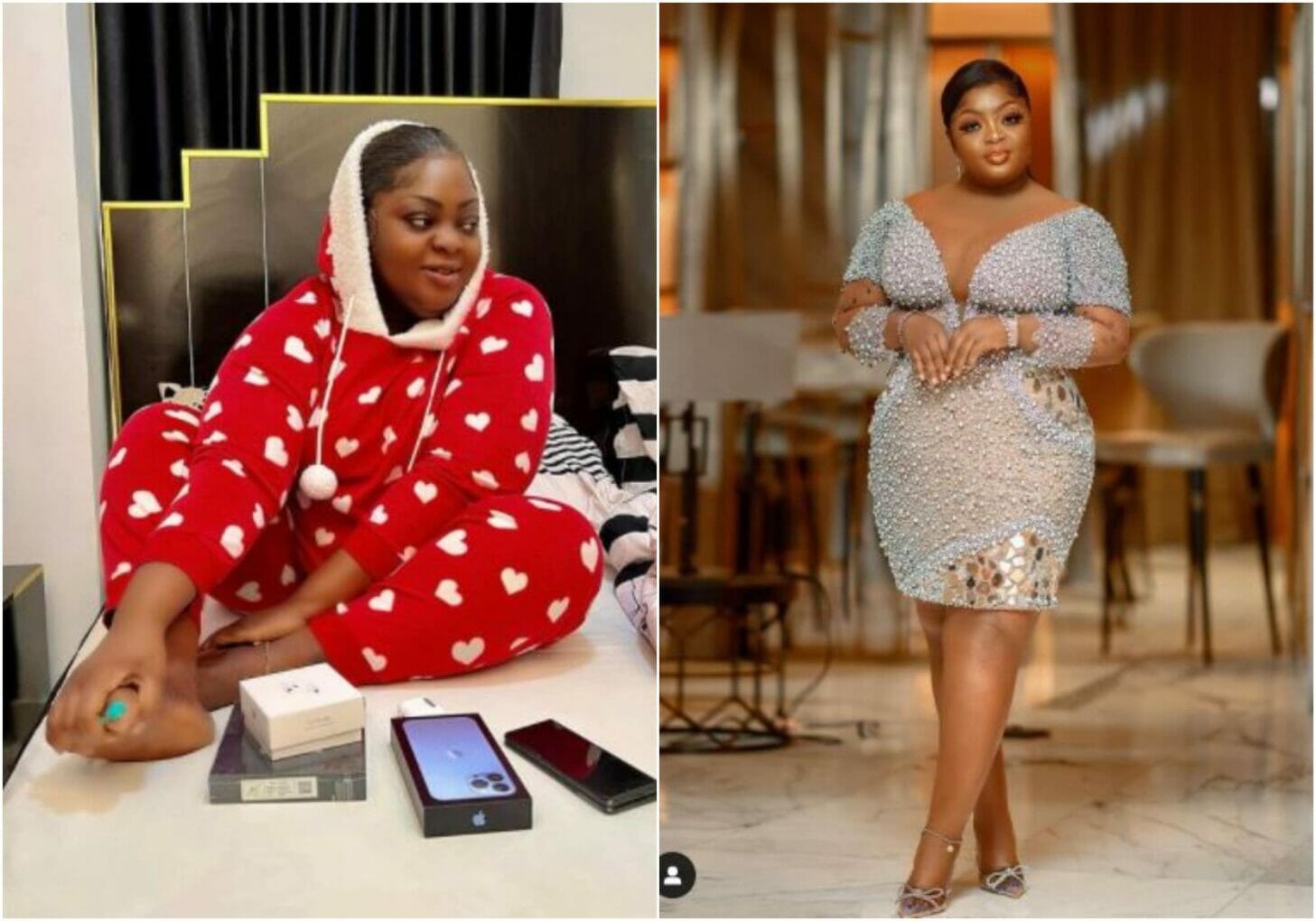 ‘Since I didn’t have money to buy Christmas tree, I purchased two new phones plus AirPods’ Actress Eniola Badmus

Nollywood actress Eniola Badmus has gifted herself two new phones and Airpods for the Christmas celebration.

Taking to her Instagram page, Eniola Badmus shared a photo of herself rocking Christmas pyjamas stating she could not afford a Christmas tree.

Eniola Badmus added that since she could not buy the Christmas tree being sold at Lagos Island, she decided to buy herself two new phones and Airpods.

She wrote: As I no get money to buy Christmas tree wey them dey sell for this island I kuku say make I buy this two new phones plus airpods for myself atleast me sef unbox today

Kemi Filani News recalls Eniola Badmus who recently celebrated her 20 years on-stage event, opened up on why she went for the gastric bypass surgery in Turkey.

It is not easy. What I can say is it got to a point I could not control what I eat anymore. I eat anything so far it is edible, so from there I knew something fishy was going on. So far I have lost 33kg.

I have other habits but I stopped even the one I thought I could not. I have one terrible habit that I am supposed to have stopped long time ago. This year a lot has changed about me, even I did not see this coming. As the year passed by I decided to change something.” Eniola Badmus spilled in a chat with City People.