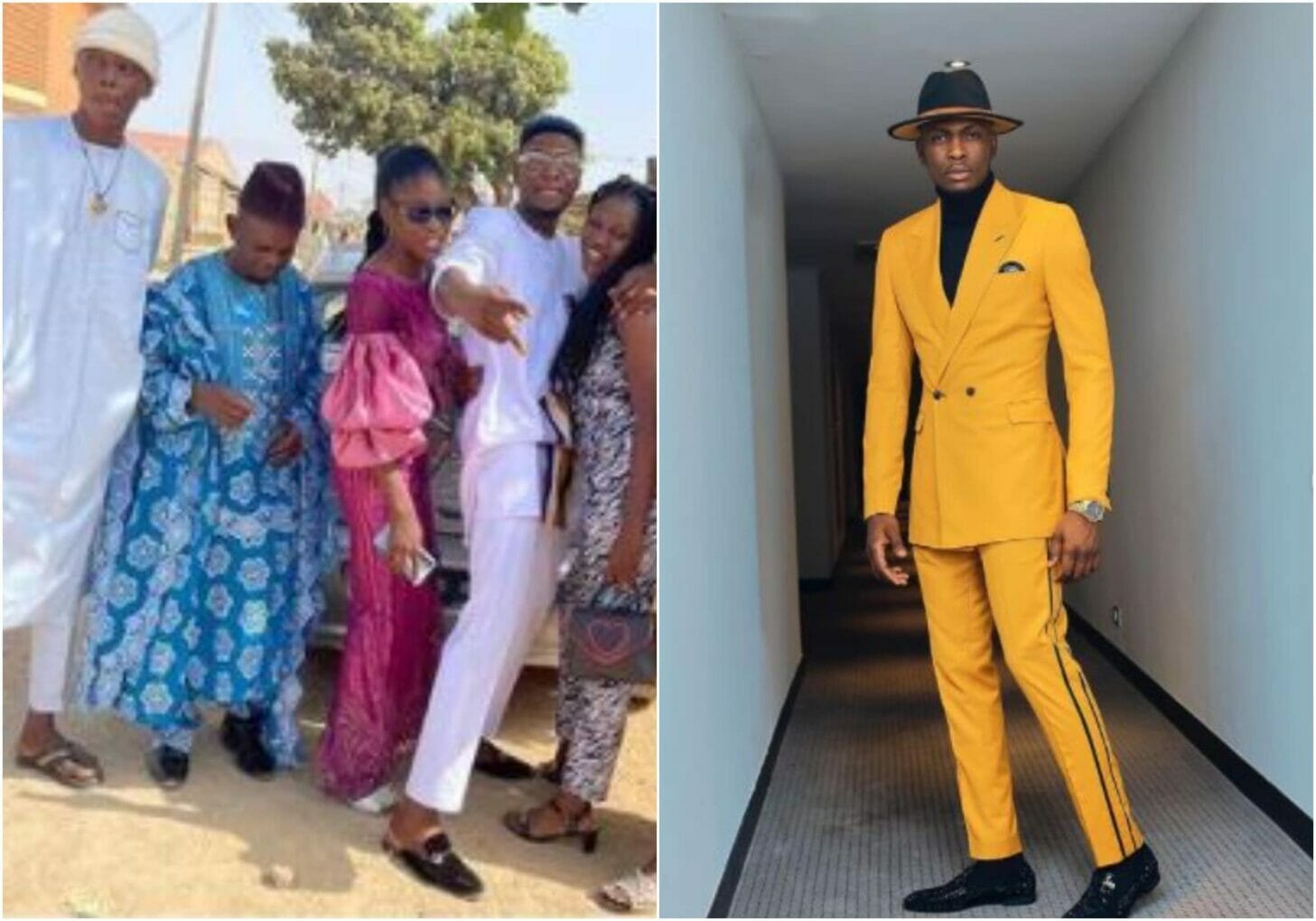 Former Big Brother Naija ‘Shine Ya Eye’ Housemate Sammie has slammed a troll who body-shamed his father over a photo shared on his social media page.

Sammie had taken to the microblogging platform, Twitter to share a photo of his family as they celebrate Christmas.

The reality TV star wished his fans and followers merry Christmas as he captioned the photo: Merry Xmas from me and the gang! The Jacobs.

However, a toll body-shamed Sammie’s father, stating that he is short and displeased with the statement, Sammie questioned the sanity of the troll.

Sammie wrote: Are you mad or something.

Kemi Filani News recalls Sammie revealed he is not the poorest or finest person to have applied for the BBNaija reality tv show, even though he had come from a struggling background.

According to him, other people auditioned, but he was picked due to God’s grace and talent, which has brought him this far.

Sharing a video of his homecoming, the reality tv star said he risked seeing his family in Zaria despite the insecurities affecting the northern parts of Nigeria as he promised to move them to a better place.

In his opinion, life is a journey, and when the right time indeed comes, you won’t miss the opportunity. He added he would continue to step up his game for those that believed in him.

I am attracted to a woman who is ready to love