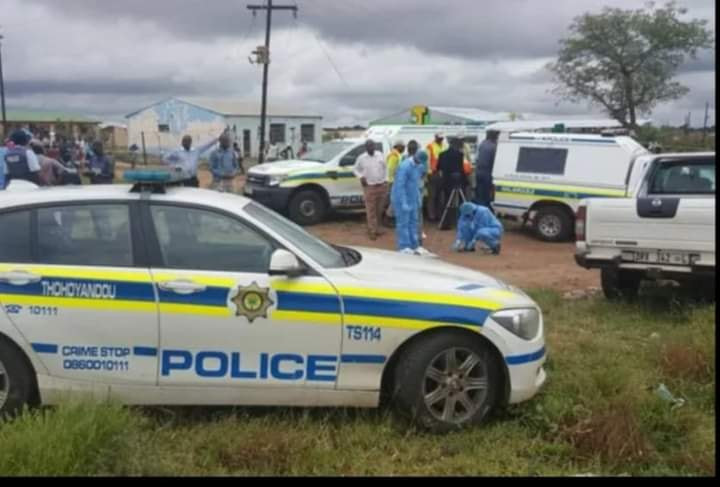 Police alleged that a man identified as Azwidovhi Enoch Ndou, killed his two brothers, four children and the pregnant wife of one the brothers in the early hours of Saturday December 25.

“Shortly after midnight, the suspect, who is employed as a nurse, shot and killed his two brothers, a wife who was pregnant and four children, using his licensed firearm. Investigators are still collating other information, including the ages of the deceased,” police spokesperson Brigadier Motlafela Mojapelo said.

The suspect, 52, handed himself over at a police station in Thohoyandou after initially fleeing the scene.

According to Mojapelo, the brothers, their wives and children lived together and an ongoing family feud led to the incident.

In the update on Saturday, the police said the seven victims were identified as:

3. Portia Mabasa, 37 who was identified as Ndivhuwo’s wife.

7. Dakalo Makondo Ndou, an 8-year-old girl who died on her way to the hospital

The suspect has been charged with seven counts of murder. He is expected to appear in the Malamulele Magistrate’s Court on Tuesday.

“The firearm that was allegedly used in the shooting will be subjected to ballistic tests as part of the unfolding investigations,” Mojapelo added.

The Mayor was joined by executive committee members and officials of the Municipality.
Mayor Maluleke has described the situation as the most tragic incident.

Addressing the family, Mayor Maluleke said the municipality was deeply touched and saddened by what had befallen the family.

“We want you to know that you are not alone in your hour of grief, as the municipality we share your pain. We know what you are going through and we know how it feels to lose family members who had a bright future ahead of them. We condemn these killings and urge community members not to resolve conflict in this manner.” the Mayor said.

Watch an interview of a family member below: