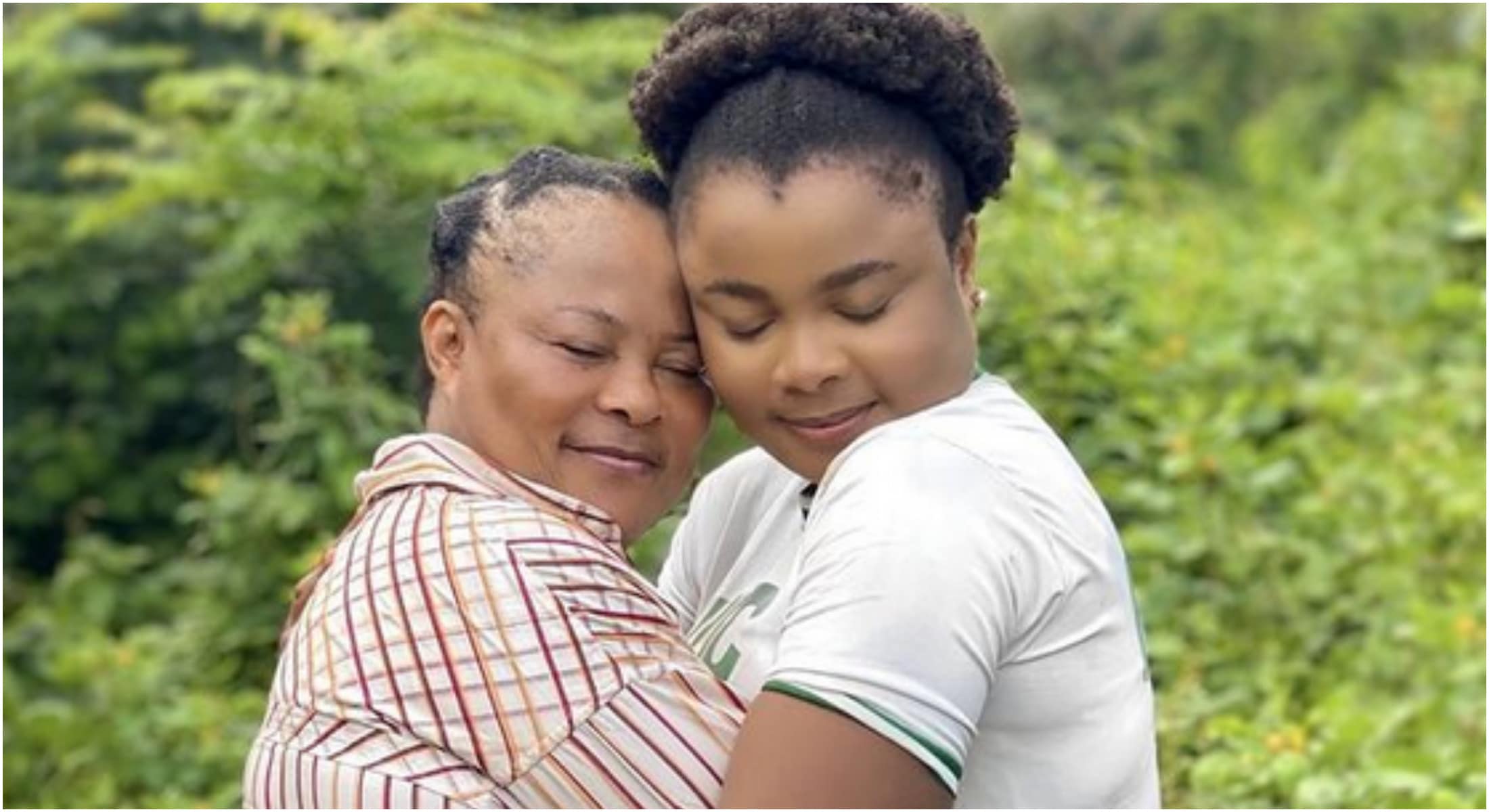 Thank you for accepting me, I feel safe calling you mummy-Bimbo Ademoye tells Sola Sobowale on birthday

Popular actress, Bimbo Ademoye has poured encomiums on veteran actress, Shola Sobowale on the occasion of the latter’s birthday.

An excited Bimbo took to her instagram page to express how she feels about Sobowale whom she has adopted as a mother.

Kemi Filani News recalls that in an interview, Bimbo had said she would reject a senseless role for N10m.

““(I would consider) the storyline more than anything (else) in the world. I would reject N10m if the story does not make sense. I have said this before. There were times I fell victim of the storyline not being wonderful. I had read the story and it was good but when I got on set, they decided to cut corners. The movie was released and the editor did not do a good job. It did not look nice at all. I have actually rejected scripts, telling the producer the story did not work for me.”