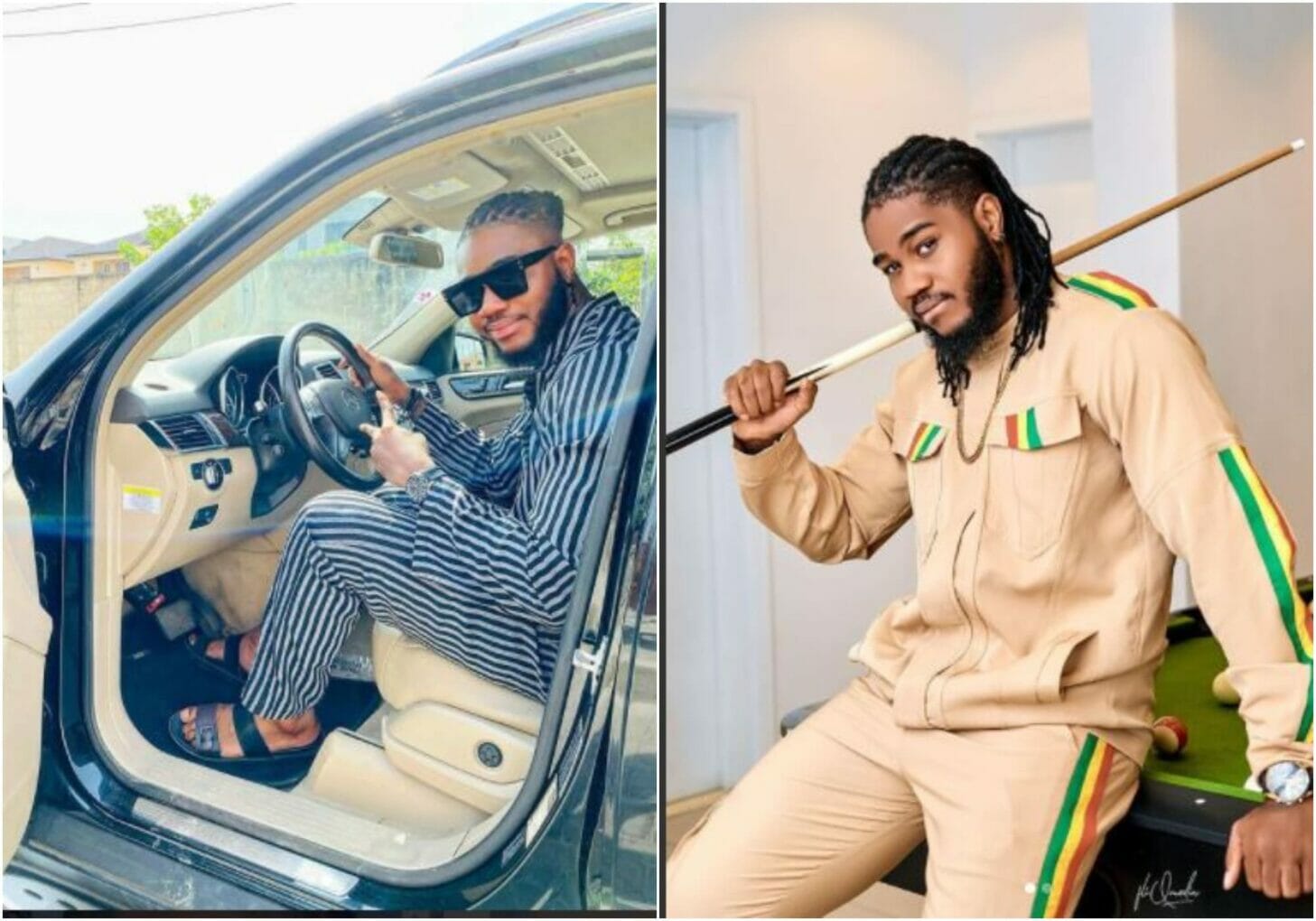 Taking to his Instagram page to share photos of himself posing with the new whip, Praise noted that the year 2022 is already looking good for him.

As expected many of his colleagues and fans stormed his comment section with congratulatory messages.

Kemi Filani News recalls Praise received knocks from social media users after lamenting bitterly over cyberbullying and the cost of being a Nigerian celebrity.

This comes after the alleged sex tape of Tiwa Savage was released to the public yesterday and the outburst has raised so many controversial statements from social media users.

Taking to his Insta-story, the reality Tv star has made a reality check of the possible cost of being a famous celebrity to fans as he revealed that fame might be sweet but not easy as it seems, for one needs to tread with caution in order not to get into trouble.

He wrote: Being in the public eyes is so not easy, you’re always scared of getting into trouble because the next thing you’ll see is your business everywhere without even knowing it has gone public, Guys remember there is no manual to living life.. shit happens we are all humans.

People had attacked him stating that he is in no position to say it is not easy to be famous as long as he signed up for it and should take responsibility for any wrong act done. Some had even questioned him on whether he is a public figure.

Malami reveals why Buhari will not sign proposed Electoral Bill