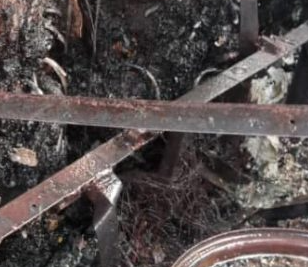 Disclosing this to newsmen, the Sector Public Education Officer, Margret Onabe, said the fatal auto-crash which happened on 26th December 2021 was due to wrong overtaking and overspeeding on the sloppy bridge.

According to an eyewitness report, the driver of the L300 who was on top speed overtook wrongfully and collided with the Mack truck. The shuttle bus ran into the already collided vehicles.

20 people were involved in the crash. Those injured were 4 comprising 2 male adults and 2 female adults.  The number of persons killed 11; 3 male adults, 1 female child and 7 people who were trapped inside the L300 bus and burnt beyond recognition. 5 passengers from the hijet bus were rescued alive and unhurt.

The injured victims were rushed to St Joseph hospital where 4 were confirmed dead by the doctor on duty and their corpses deposited at the hospital morgue.

The FRSC rescue team from Nanka were on ground managing the situation, diverting traffic because the bridge was blocked and effort was being made to evacuate the burnt bodies, and a tow truck to clear the obstruction caused by the crash.