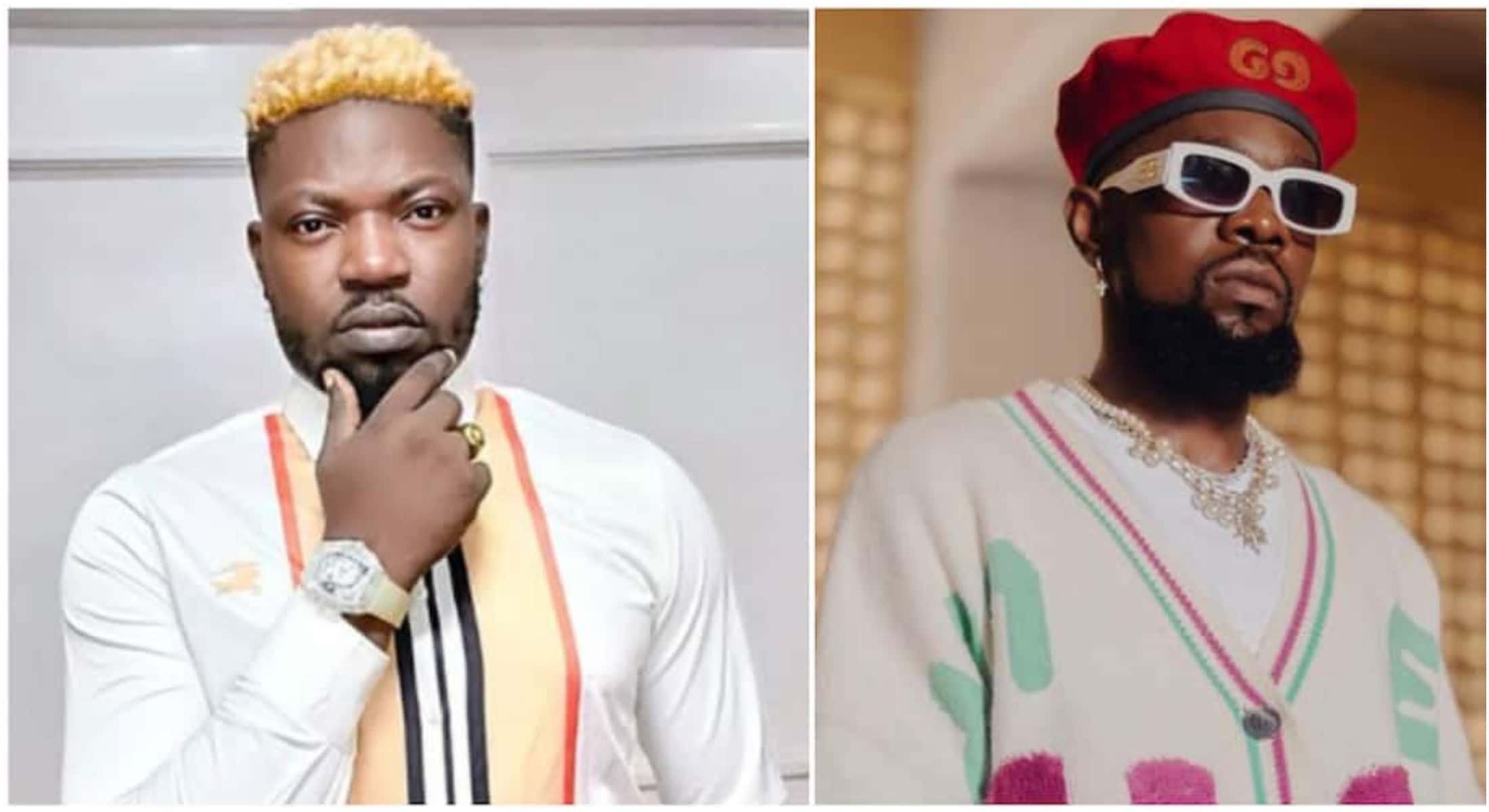 Outspoken music producer, K-Solo, has criticized singer Patoranking for his tribute to a fellow artiste, Timaya.

At Patoranking’s concert on Sunday night, the dancehall artiste had attributed his first big break to Timaya.

He made this known when Timaya joked that Patoranking did not mention his name in his rave song “Celebrate me”.

At the concert, Patoranking told his fans how he met Timaya, slept in his house, and got a lot of support from Timaya when he was struggling to get a big break.

Patoranking said that Timaya made sure that he got free studio time, which birthed to hit “Alubarika” single.

Reacting to Patoranking’s tribute to Timaya, K-Solo said “Otun ti Zeh o.
So I got tags from a few blogs who knew the humble beginnings of Pato, while he was giving Timi his fake Emotional Speech.

“Hmmmmm. When e bite am well, he will mention how we fed him and clothed him with studio time too. To mention few

“Apparently he needed Timi on that stage. If not, I wonder how he is not a Big Name to be remembered in his song. Only those feeding him presently.

“Finally for now, make nobody tag me again o, his music span is numbered, just like every other ones. Seasons Greetings Fam.” (sic)

“You no say I bam from day zero and I owe you not a penny. I ever dey OK.

“At least show small respect to people who suffered and gave you a Voice. The first manager I got you spoke to me today and gave up.

“@hrm_angelseye_avartar I put her on her toes to make sure you where heard.
But you played her just like you always do.

“For those seeing this as clouting, na una wahala. You always hate it when people spit their truth.

“Nothing changes the truth. That Boy is who I believed in before you all knew him so allow me talk to him for the first time in years. Ungrateful boy @patorankingfire.”