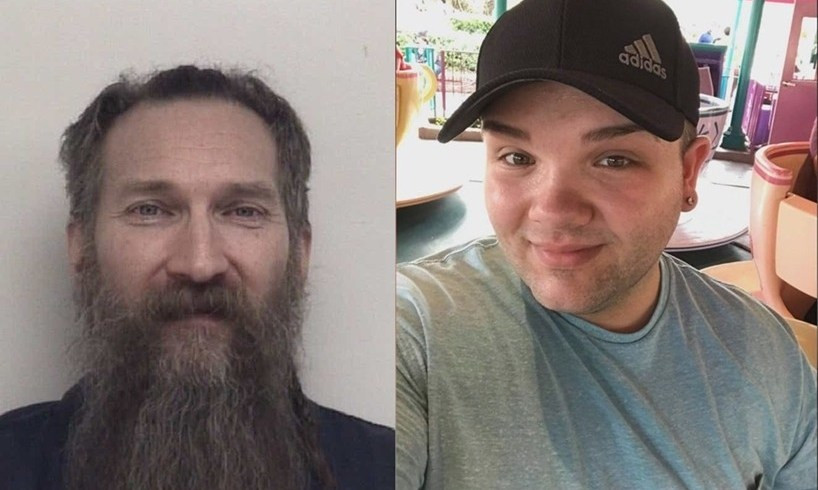 A man identified as Mark Latunski has reportedly confessed to the disturbing 2019 killing of 25-year-old hairstylist Kevin Bacon, who he met on the dating app Grindr.

Bacon was found hanging naked by his ankles from the ceiling in Latunski’s home in Bennington Township, Michigan, on December 28.

He reportedly met Latunski on Christmas Eve 2019 after the two allegedly connected on Grindr, a dating app for gay men. He was reported missing the following day. MLive reported that Bacon texted roommate Michelle Myers at about 6 p.m. the night he went missing to say he would be out for a while.

According to court documents, Mark Latunski had a twisted sexual fetish which involved lots of violence and unfortunately for Kevin Bacon, he was made the sacrificial lamb in a crime that shook the local community. He allegedly cut off a part of Bacon’s genitals and ate.

“Evil does exist and it touched us.

“It’s gut-wrenching to hear the details and we’re beside ourselves.

“What was released shows that Kevin had a dark side. He obviously got into something that he wasn’t prepared for.

“I’m going to remember him how everyone else remembers him, that he’s a good person who was passionate and cares for people.”

Latunski’s estranged husband told WJRT last week that he “didn’t act like there was anything amiss” after the murder.

An April 2021 Rolling Stone article reported Bacon struggled with depression, poor self image and was going through family troubles at the time of his murder.

Myers, Bacon’s roommate, told Rolling Stone that he met up with family members and learned that someone he didn’t want to see was coming in for the holidays, so he was looking for a distraction.

That led him to browse through Grindr, where he met his alleged killer. He turned down game night with Myers and other friends to meet with Latunski for what was supposed to be a quick hookup, Rolling Stone reported. He never returned.

Latunski has been in a Michigan jail for about two years while the pre-trial process unfolds and is scheduled to return to court on February 3. A judge ruled that he is able to stand trial in October 2020.