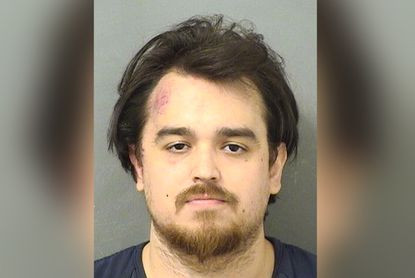 Police have revealed how a man who thought his neighbor’s music was too loud, shot him in the back.

Zachary Moncada, 31, was arrested Friday, December 24 and charged with the Christmas Eve attempted murder in his quiet Boca Raton neighborhood, in Florida, US according to a police report.

When police responded around 2:30 p.m., they found the victim’s family holding Moncada on the ground. During the struggle, Moncada was able to fire another round into the lawn.

The wife of the victim, who has not been publicly identified, took him to the hospital. As at press time the victim was in stable condition.

Moncada has been charged with first-degree premeditated attempted murder, two counts of aggravated assault with a deadly weapon, three counts of battery and a weapons charge for display of a firearm during a felony.

He is being held without bail.