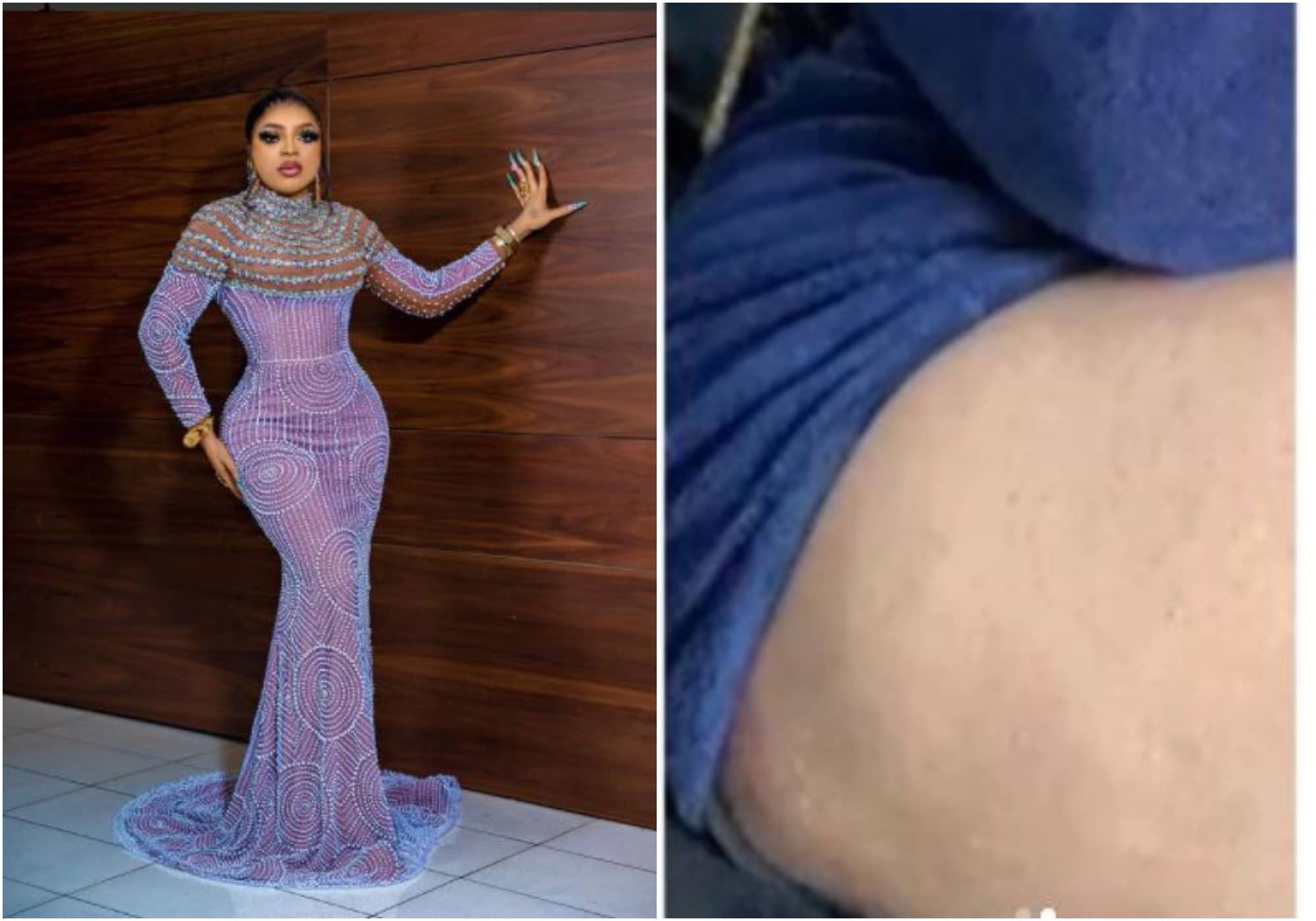 The photos and videos currently trending online captures Bobrisky in a blue robe and twerking her bum.

However, many fans quickly pointed out that Bobrisky’s lap seemed bigger than his body and face.

Netizens also reference the skin rashed on Borisky’s bum, confirming the words of Tonto Dikeh and Oye Kyme that he is always using a phone filter to cover up his face and bum.

omonisexy1256 wrote: Nor be ringworm be that

da_mandys_wardrobe wrote: With all money he claim to have

_kamsos_gram wrote: Edited yansh is all I see

Kemi Filani News recalls Bobrisky recently revealed the cause of his failure in the University.

In a post shared on Snapchat, Bobrisky apologised for typographical errors in his social media posts stating his nails are always long; hence mistakes will happen when typing.

Speaking further, Bobrisky said he had carryovers in school due to overconfidence and was too proud to copy from people in the examination hall.

He wrote: Sorry about my typo guys, my nails are damn long. so mistakes will definitely happen when typing. That one no means say I be olodo.. I finished with 2-2 in university of Lagos. I sha still get money pas the ones that graduated with first class.

Na overconfidence make I get carryover when you are too proud to copy in the exam hall. I was doing over sabi book. I remember when john offer to me to coy him.

I said no thank you, my university days is wack. I study accounting in university of Lagos, Faculty of business administration. That is y i like money so much.